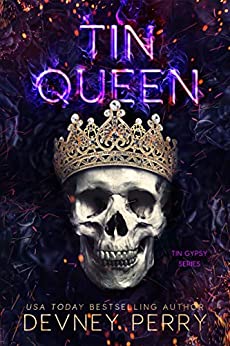 From USA Today Bestselling Author Devney Perry comes a small town, forbidden romance.
No promises. No expectations. No names. That’s what Emmett Stone agreed to with the woman who caught his eye two months ago. After years of drama following the end of the Tin Gypsy Motorcycle Club, a no-strings fling with a mystery woman is exactly what he needs. Except as they find themselves together more and more, it’s impossible for him to keep his feelings at bay. She’s clever and sassy. She’s gracious and kind. She loves riding on the back of his bike every Saturday afternoon and lazing in his bed every Sunday morning. She’s the perfect woman.
Except she’s Nova Talbot, the daughter of his archenemy—the man who murdered his father.
Her identity will cost her the man who’s captured her heart unless she can convince Emmett her feelings are true.
Before he learns the reason she proposed their fling in the first place. 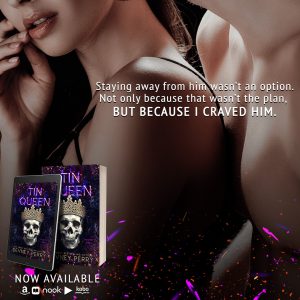 The final book in the Tin Gypsy series is here and it was well worth the wait!!

Emmett is a former member of the Tin Gypsy Motorcycle Club. It is the legacy of his father, who once served as the club’s vice president. Due to a feud with the rivaling club – the Warriors – Emmett’s dad lost his life for the brotherhood. With the club now disbanded, Emmett and his former club buddies still feel the repercussions of having been members of the Tin Gypsies.

Working as a mechanic in the club garage, Emmett doesn’t form close attachments. Women come and go but remain nameless in Emmett’s life. Something the former club member finds solace from the solitude. Then a chance hookup at the Betsy changes Emmett’s outlook. Crossing paths with Nova was nothing like Emmett expected. It was supposed to be a casual hookup with no names required. Yet – Emmett and Nova continued to sneak into each other’s lives. Soon the encounters were something to look forward to. A stark contradiction to the ‘no attachment’ rule that Emmett had always lived by.

As the days passed and the seasons melded into one, the brazen biker began to look forward to the nights spent with Nova by his side. Lazy mornings in bed and hanging out on the deck became the new normal in Emmett’s life. With his heart on the line, Emmett began to feel the weight of the world crashing down upon him. Nothing about Nova was what Emmett believed. Now the past will once again force its way back into the lives of the former Tin Gypsies. Where it ends will all depend on Emmett and his band of brothers.

Blow me away!!! Like most Devney Perry fans, I have awaited Emmett’s story since reading the last book in the series. Where would our most private Tin Gypsy find his life headed with the dissolution of the Tin Gypsies. Nova was an unexpected and tumultuous character. In the beginning, I couldn’t decide if she was ‘worthy’ of Emmett’s affections. As the chapters unfolded, I found myself pulled into the crossroads of life with the Tin Gypsies. I loved EVERYTHING that transpired between Emmett and Nova. Simply put…..their path was meant to be. It was a rocky road that was full of courage, deception, and trust. A wonderful combination that pulled at my heart. As they say…..save the BEST for last and Emmett’s story in Tin Queen was truly all that you wished for and more!! 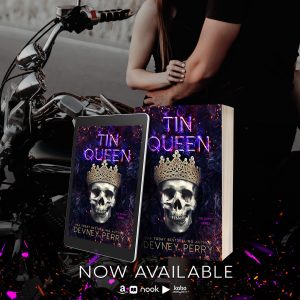