Help me welcome back to the blog (see her first visit here) the fantastic Resa Nelson! *applause*

Today she is here to talk about her favorite fairy tales, and to tell you a little about her newest release, The Dragon’s Egg. So please, give her the same (actually, more) respect you give me :-).

Since I was a little girl, I’ve been a fan of fairy tales and folk tales from all over the world.  I spent many hours in the maze-like and scary basement of my town’s public library where the children’s section was located.  Not only were the stories magical, but I liked the fact that they came from all over the world.  It felt like getting a glimpse into different cultures and different worlds.  I especially like the fairy tales by the Brothers Grimm – the darker the story, the better.  But my all time favorite is a French tale: Beauty and the Beast.

First, I like the scariness of the beast’s castle.  (I’m also a fan of horror movies.  If I need a good night’s sleep, I’ll watch a horror movie that’s new to me.  Afterwards, I’ll sleep like a rock.)  Got to love a scary castle.

I also appreciate that Belle is a girl who loves to read.  How can you resist a girl who thinks sinking into a good book is one of the best ways to spend your time?  And the fact that she sacrifices her freedom to save her father is the clincher.  Belle is a gem of a character.

I also like the idea of an unkind and selfish prince who is punished not only by being transformed into a beast but by seeing his servants turned into things.  If other people were punished for something I’d done wrong, I’d be mortified.

Finally, I love the way the beast is willing to change.  Let me be clear:  I’m a fan of people who take a realistic look at themselves, decide they need to change in order to become a happier person, and then take real action to make it happen.  In other words, I don’t see this as the classic need to change someone else, which I think is a trap into which many women (and some men) still fall.  Instead, I see the prince’s transformation into a beast as a way that his character is made clear to those around him.  What’s on the outside is a metaphor for what’s on the inside.  His unkindness acted as the catalyst for the fairy to make him look like a beast.  It’s his experience as a beast that causes him to take a cold, hard look at himself and decide to become a better person.  And as he changes, Belle can’t help but notice.

In my opinion, society teaches us a myth about love.  It’s not about feelings:  whether butterflies in the stomach or being tongue-tied.  Those types of feelings usually boil down to thinking a person we’ve met is a fantasy (that perfect person we’ve been dreaming of) instead of seeing them for who they really are.  Love is about actions.  About the way people treat each other.  Ironically, I think Beauty and the Beast is about real love, not some fantasy about someone who can fix your life and make all your problems go away.

In real life, I think many men can be quick to promise to behave better but often don’t make good on that promise.  But the beast makes the effort and earns his reward.

I’ve enjoyed reading the original French story as well as interpretations.  I also like the Disney version.  I cry every time.  I’ve even had the privilege to see the Disney musical on stage and found it delightful.

I think Bluebeard and The Red Shoes are wonderful cautionary tales.  Others like The Sleeping Beauty are magical and enchanting.  But my vote for favorite fairy tale is for the story about finding the beauty within.

*Standing ovation* Bravo! Bravo! I LOVE Beauty and the Beast! *sigh* I always wanted to be Belle. She wins, all around. I mean really, the BEST library. BEST!

Ok, now more about The Dragon’s Egg, the fourth and final book in the Dragonslayer’s Series: 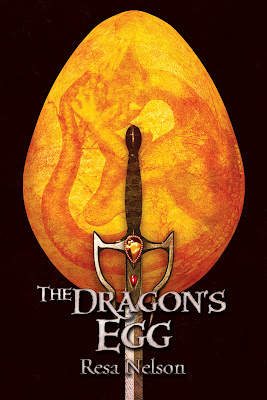 In the fourth and final book of the Dragonslayer series, Mandulane’s army is poised to attack the Northlands in the name of a powerful god, but in truth Mandulane is using the act of spreading this new faith as a way to disguise his own personal greed and hunger for power.

Astrid has succeeded in warning her beloved country of imminent danger, and the Northlanders scramble to set up a clever defense, never realizing a spy in their midst is poised to take critical information directly to Mandulane.

After sacrificing herself in order to set her brother Drageen free for the sake of protecting the Northlands, Astrid finds herself controlled by the stone of light.  Although it forces her path of destiny, Astrid learns she must make one final choice about who she wants to be.

Most important of all, her new sweetheart Trep encounters a dragon that entrusts him with the care of a dragon’s egg.  Trep embraces a dangerous journey and accepts the duty of protecting the unhatched dragon, knowing that its safety could impact the fate of the entire world.

If that sounds good to you, you can find the purchase link at the bottom of this post, along with more information about the rest of the series, and buy links for those books as well. 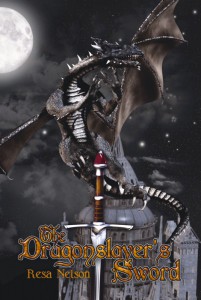 For Astrid, a blacksmith who makes swords for dragonslayers, the emergence of a strange gemstone from her body sets in motion a chain of events that threaten to destroy her life. Her happiness is shattered when her lover–the dragonslayer–disappears without a trace, and the life that she knows and loves implodes without warning.

Astrid lives in a world of shapeshifters whose thoughts have the power to change not only themselves but others. Everything Astrid knows to be true is called into question when she learns the truth about her past and the mysterious family from which she was separated as a child.

Reality turns inside out as Astrid gradually learns the truth about the people she loves as well as those she disdains. With the fate of dragons, ghosts, and slaves in foreign lands resting on her shoulders, Astrid faces the challenge of deciding who she is and how she will stand up inside her own skin. Will she withdraw and hide from the world that has disappointed her so much…or will she rise to lead others to freedom and peace? 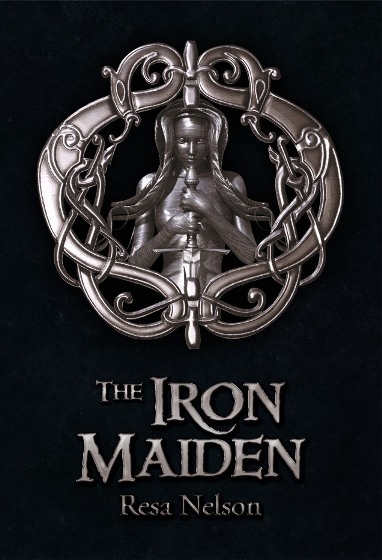 Astrid is reluctant to travel the winter route beyond the Northlands, even though it’s her duty. She’d rather stay home in her village, surrounded by friends and neighbors. Ignoring the bonds of tradition, she decides to spend the cold winter months in the warmth of her blacksmithing shop. Why should she leave the comfort of her cottage to serve and protect foreigners who might raid and harm her native Northlands?

Everything changes when a traveling merchant steals Starlight, the first dragonslayer’s sword Astrid forged and her last link to her sweetheart DiStephan. Having no time to alert her friends, Astrid races in pursuit of the merchant, determined to reclaim Starlight as her own and return home in time for dinner. Instead, her quest leads her to new lands, unexpected friendships with foreigners, and a harrowing encounter with the damage done by the followers of a new god that considers women as nothing more than servants to men. All the while, she must be ready to face any dragon traveling the winter route.

In Book 2 of the Dragonslayer series, Astrid must learn that deciding who she is isn’t a decision she can make just once. It’s a decision she must make every day. 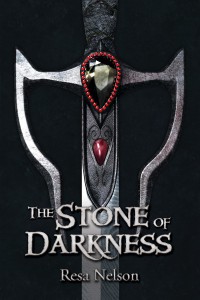 In Book 3 of the Dragonslayer series, Astrid accepts her duty and follows the winter route–until she’s bitten by a dragon. Everyone knows dragon bites are poisonous and deadly, so she reluctantly accepts her impending death. In a twist of fate, she survives. Desperate for an explanation, Astrid believes she has somehow been protected by the black stone she keeps with her at all times, a stone that emerged from the sole of her foot a year ago.

Determined to find out what the stone is and what kind of powers it possesses, Astrid begins a journey that leads her to alchemists and an army of men under the rule of the powerful warrior, Mandulane, the acting lord of the Krystr army. Mandulane’s mission is to spread the word of the new god Krystr, which preaches the evil intent of women and the danger they pose to all men, who are entitled to dominate the world. Rumors about this new god and army have spread, but Astrid is the first Northlander to encounter them.

Soon, she stumbles upon a secret of a far-reaching and mind-numbing plot that will impact the entire world. Astrid must find a way to spread the news of this threat and protect her people and everyone else at risk. She’s convinced the answer lies inside the Stone of Darkness, and she must find a way to understand the stone and the powers she’s convinced it must hold before it’s too late.

Resa Nelson’s first novel, The Dragonslayer’s Sword, was nominated for the Nebula Award and was also a Finalist for the EPPIE Award. This medieval fantasy novel is based on a short story first published in the premiere issue of Science Fiction Age magazine and ranked 2nd in that magazine’s first Readers Top Ten Poll. The Dragonslayer’s Sword is Book 1 in her 4-book Dragonslayer series, which also includes The Iron Maiden (Book 2), The Stone of Darkness (Book 3), and The Dragon’s Egg (Book 4).

Resa’s standalone novel, Our Lady of the Absolute, is a fantasy/mystery/thriller about a modern-day society based on ancient Egypt. Midwest Book Review gave this book a 5-star review, calling it “a riveting fantasy, very highly recommended.”

She has been selling fiction professionally since 1988. She is a longtime member of SFWA (Science Fiction and Fantasy Writers of America) and is a graduate of the Clarion SF Workshop.  Resa was also the TV/Movie Columnist for Realms of Fantasy magazine for 13 years and was a contributor to SCI FI magazine. She has sold over 200 articles to magazines in the United States and the United Kingdom.