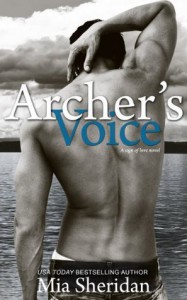 When Bree Prescott arrives in the sleepy, lakeside town of Pelion, Maine, she hopes against hope that this is the place where she will finally find the peace she so desperately seeks. On her first day there, her life collides with Archer Hale, an isolated man who holds a secret agony of his own. A man no one else sees.Archer’s Voice is the story of a woman chained to the memory of one horrifying night and the man whose love is the key to her freedom. It is the story of a silent man who lives with an excruciating wound and the woman who helps him find his voice. It is the story of suffering, fate, and the transformative power of love. 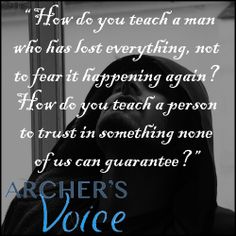 Running from your past doesn’t always mean you can escape the memories that haunt you. Bree Prescott packs up her life and heads to Pelion, Maine to get away from the facts of that night that she still cannot erase from her memory. The night that her father was murdered in front of her. Finding solace in this small town is just what Bree wants to help her move on from her painful past. During a trip to the store, Bree runs into Archer Hale. Archer stopped to help Bree pick up her belongings, never speaking to her directly. Bree was instantly taken with the handsome stranger, despite the fact that he never spoke a word to her. Bree finds a job and begins to become a part of the town. Her days are spent working at the local diner and enjoying the surroundings of the place she now calls home. Bree also discovers that Archer lives down the road from her. Wanting to learn more about him, Bree finds herself stopping by Archer’s home…wanting to learn more about the man who seems to have captivated her without a sound. Archer’s Voice is an amazing story about discovery, trust, and overcoming odds. The writing captivated me from the beginning. Mia Sheridan has a way of creating unforgettable characters in her stories. Archer’s story is no exception! Both Archer and Bree had devastating pasts, learned to overcome the odds, and left a mark on your soul with their story. This book is definitely an gem that shouldn’t be overlooked!

Check Out The Other Books In The Sign Of Love Series…. 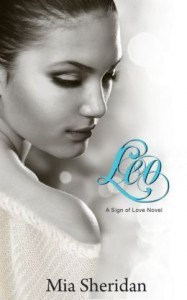 Evie and Leo met in foster care as children and formed a bond of friendship. As they grew, their bond turned to love, and they vowed to make a life together when they turned 18 and were no longer a part of the system.When Leo unexpectedly gets adopted as a teen and he moves to another city, he promises Evie that he will contact her as soon as he gets there and come back for her in a few short years. She never hears from him again.Now eight years later, in spite of the odds, Evie has made a life for herself. She has a job. She has friends. She’s content. Then a man shows up out of the blue, claiming that her long lost love, Leo, sent him to check up on her. The attraction between them is undeniable. But, should she trust this sexy stranger? Or is he keeping a secret about what his connection to Leo is really all about and why Leo disappeared all those years ago?THIS IS A STAND-ALONE SIGN OF LOVE NOVEL, INSPIRED BY LEO. New Adult Contemporary Romance: Due to strong language and sexual content, this book is not intended for readers under the age of 18. 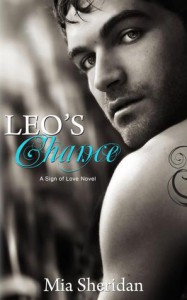 The follow-up to Leo, the USA Today bestselling novel by Mia Sheridan.Does everyone deserve a second chance? Even someone who lies and deceives to get it?Do we all have a second chance coming? Even if we play a part in our own destruction?How hard would you fight to have a second chance at love? A second chance at life? Another chance to tell your own story?Every love story has two sides. Evie told hers. This time it’s Leo’s chance.THIS IS A POV NOVEL OF LEO (LEO SHOULD BE READ FIRST). New Adult Contemporary Romance: Due to strong language and sexual content, this book is not intended for readers under the age of 18. 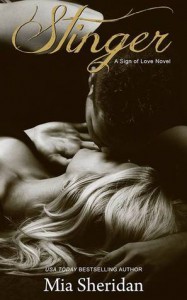 Grace Hamilton was the girl with a plan. She knew exactly where her life was going and prided herself on always achieving her goals. It was who she was, and how she lived her life. She never stepped outside the lines, and never considered what she might desire and whom she was actually trying so hard to please. Until him…Carson Stinger was a man who didn’t play by any rules except his own. Working in the adult entertainment industry, he didn’t care what others thought, and took each day as it came, no direction, no plan. He knew what women wanted from him and believed it was all he had to offer. Until her… When circumstances forced them to spend several hours together, they walked away changed. But for two people who never should have meshed, overcoming the reality of their vastly different lives wasn’t possible. At least not yet…THIS IS A STAND-ALONE SIGN OF LOVE NOVEL, INSPIRED BY SCORPIO. New Adult Contemporary Romance: Due to strong language and sexual content, this book is not intended for readers under the age of 18.