I am hosting my first book tour!

It is for the lovely ladies that make up Jessie Lane. They wrote the Burning Star (see my review here) that I fell in love with.

When I heard they had a new book coming out in January, I knew I had to help! So I am hosting a small book tour to get the word out. The promo runs from January 25 – 30, 2013. There are a limited number of guest posts & interviews available. They will be assigned on a first come first served basis. All stops will have the chance to participate in a tour wide giveaway. There is a $25 gift card up for grabs for all participating blogs!

There are several options to chose from, so you can sign up for whatever fits your needs. If you have any questions, please let me know!

And of course grab the banner & button for your blog (if you want of course!). 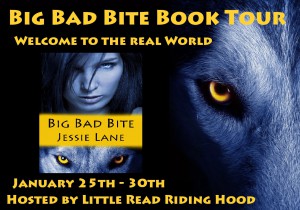 What would it be like to live in a world where you are considered abnormal to those who are above the norm?

Jenna O’ Conner has been taught her whole life to hide from everyone. Never to let anyone to close enough to know that she would prefer a shotgun for her birthday over of a bouquet of roses. She’s been smothered by her over protective family so that no one learns what she truly is. Which is not human. Nor, is she considered the norm for the supernatural Other community that is benevolent enough to share this world with the humans.

In a desperate attempt to live her own life away from the small town she was raised in, Jenna obtains her dream job as the newest member on the Wilmington Police Department’s SWAT Team. What she didn’t predict was that she would run into trouble her first day on the job, in the form of a deadly, mouthwatering man named Adam McPhee. Who is also not human, but more like a wolf walking around in human skin. He’s determined to figure out exactly what Jenna is, which unbeknownst to him, could very well put her life in danger. He’s also determined to have her all to himself.

As if that wasn’t enough for Jenna to deal with, bad news blows into town. A group of extremist Shifters who think humans are cattle and factions of Others worldwide should stay within their own species – never to intermingle. Chaos ensues. Jenna has to find a way to shut them down, but in the process of trying to do that, discovers things about herself that even she never thought was possible.

Who said the wolf was what you had to worry about?
Welcome to the real world.

3 Responses to “Sign Up for Big Bad Bite Promo”