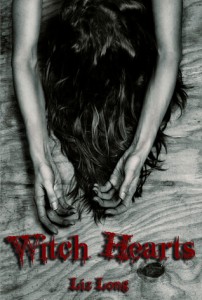 How does a witch stay safe if a killer can get through her protection spells?

Witches like Ruby and Courtney can take care of themselves. So when Courtney is murdered, Ruby’s world crashes to a halt. The only thing keeping her grounded is the return of Courtney’s brother, Cooper. He seeks revenge, but Ruby wants to help other witches stay alive. To do that, she’ll have to reunite with her old coven’s High Priest, who also happens to be her cheating ex-boyfriend.

If that wasn’t awkward enough, when the killer gets too close, Cooper temporarily moves into Ruby’s place while a police officer tails her every move. Cooper’s presence distracts Ruby as they fight their desire against their need to stay safe. Then Courtney begins to haunt Ruby’s dreams and secrets are spilled, things from Cooper’s past that could get them both killed. The killer continues to stalk Ruby and the more she discovers, the more she fears she won’t be able to keep her heart in her chest.

This book is something of a twisted story. It opens with the brutal murder of our heroine’s best friend, Courtney. Ruby is beside herself with grief when Courtney’s older brother, Cooper arrives to help find the killer and deliver his own revenge. On top of everything else, Ruby has to deal with her pain in the butt ex-boyfriend who keeps trying to insert himself back into her life.While searching for Courtney’s killer, Ruby and Cooper discover that someone is targeting witches and removing their hearts. Courtney wasn’t a random murder, she was targeted. But why her? Cooper and Ruby spend the book trying to figure out who they can trust and what is going on around them. When Ruby becomes a target, things get even more serious. This person is a serious psycho.

Cooper and Ruby have an obvious history and the way they are written makes you wish they would hurry up and get it on already. You know they want to, they know they want to, but they are in denial. Working together to solve the crime of who is killing witches definitely brings them closer together and shows the reader just how much they care about each other.

I really enjoyed this book, the subject matter was interesting, the twists were unexpected, and the characters were realistic. The climax was outrageous and even though I had vaguely suspected something, it was nothing compared to what really happened.

The only thing I didn’t quite love was that the book was more human nature than paranormal if that makes any sense, but that doesn’t take away from the story, it is just my own preferences. I didn’t feel there was quite enough witchcraft type stuff in it. But that is just me, so please don’t let that keep you from reading this book. It is definitely an enjoyable read.

I would recommend this book to anyone looking for a mildly witchy book that also enjoys a good mystery.

Liz Long is lucky enough to have a dream career in magazine publishing as an editor and writer, yet still have time to create adventures on the side. If you catch her staring off into space or talking to herself, don’t worry – it’s just her imagination at work.

Liz graduated from Longwood University with a BA in English, though her professors might be disappointed to hear she reads more fantasy fiction than literary novels. She also loves action and thriller genres. Her books might not change your life, but she hopes they steal you away from reality for a while.