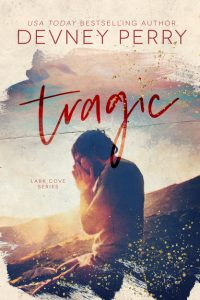 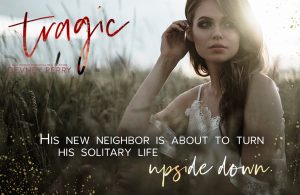 Sometimes life doesn’t turn out the way we expect. For Piper – life in New York was turning out to be harder and harder to cope with. The demise of her marriage was the last straw in Piper’s whirlwind life. Deciding that her life needed a drastic change, Piper headed to Montana to live near her boss and his family, an extreme contrast to the life and bustle of New York.

Tragedy has shaped Kaine’s life in a way that he never could have imagined. To combat his anger, Kaine packed up bare minimums and fled to the mountains of Montana. The solitude of ‘his mountain’ was just the thing that Kaine needed to deal with the hurt and heartache that plagued his thoughts. What Kaine never expected was an intrusion on his solitude that would change the way he looked at life.

There is a whirlwind that has come crashing on the mountain in the form of Piper. Kaine doesn’t like the intrusion into his peaceful escape, but can’t quite seem to get over his instant pull to Piper. The two embark upon a crazy banter that leads to an agreement for ‘no strings attached’ sex. The electricity was undeniable and the attraction was destined to grow into more, but how can these two damaged souls learn from the mistakes of the past?

Tragic is the latest installment in the Lark Cove series by Devney Perry. This novel deals with issues that plague someone when they feel like they have lost it all. It is a poignant look at the life that Kaine lost, while giving him the chance to find his way towards a new beginning. Piper is facing her own turmoil when she realizes that her entire life wasn’t turning out the way she desired. A reality that leads Piper towards building a new life with deep roots in Montana, a start contrast to the life she once lead in New York.

What I loved about Tragic is the way in which Devney Perry showed readers that life is far from perfect. It is a beautifully written book that lets you know that second chances are waiting in the wind, you only have to reach out and be open to the newness that will implant itself into your life. Piper and Kaine don’t start their relationship out ‘perfectly’, but it sure does lead to quite an entertaining and heartwarming epilogue.

Everything about Tragic was pure and full of emotion. The dynamic between Piper and Kaine was one that definitely will leave you wanting MORE from Perry!! Make sure you add it to your TBR list today!