by Alice Clayton
Also by this author: , ,
Also in this series: 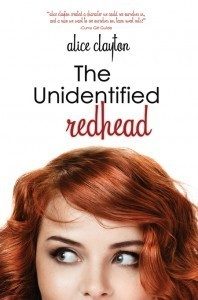 When Grace Sheridan returns to Los Angeles to become a working actress, it’s a second shot at a life-long dream. With some help from her best-friend agent, will that dream become a reality—or at thirty-three, has Grace missed her chance at the big time? And when an unexpected sizzling romance with Jack Hamilton, the entertainment industry’s newest “it” boy, threatens to shine an uncomfortable spotlight on her life, how will that affect her career…and his?

Funny, borderline neurotic Grace is perfect in her imperfections, and the sexual chemistry between her and charming yet blissfully unaware Jack is off the charts. With laugh-out-loud dialogue and a super-steamy romance that will get your heart racing, sneaking around in L.A. and dodging the paparazzi has never been so fun. 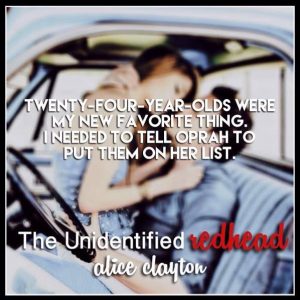 Returning to Hollywood after a failed attempt to break into show business, Grace finds herself returning to the roots that drew her to this world of fantasy years ago. Grace ends up living with her friend Holly – who has taken to managing the careers of the super famous with ease. With a clientele that would rival anyone, Holly is hoping to help Grace chase her dreams that were lost so long ago.

What Grace couldn’t have prepared for was meeting Jack. The latest up and comer to hit the scene, Jack crosses paths with Grace pretty quickly since Holly is his manager. The two hit it off right away in spite of an obvious age difference. While Grace is uncertain of taking things beyond friends, Jack makes it perfectly clear that age is only a number and he is looking for more. Hollywood is calling and the chaos that surrounds stardom is lurking beneath the surface. What will happen when the chaos finally lands at Jack and Grace’s feet?

The Unidentified Redhead by Alice Clayton has been ‘sitting’ in my reader for quite some time, and I am ashamed to admit that I have not started the series before now. Grace’s exploits in a city that thrives on youth and status, left me laughing over and over again. Everyone knows it’s hard to start your life anew, regardless as to when that occurs. Following Grace along the journey of stardom was full of hilarious moments and unpredictability. I simply loved every moment!!

Jack……well….wasn’t he a treat wrapped up in a suit?? I loved the way this novel touched on an age difference where the female character is older than her male counterpart. Following Jack’s attempts to win Grace’s heart left me laughing, swooning, and desperate for MORE!! Simply put – The Unidentified Redhead has it all……laughter, romance, and some really steamy moments!! Clayton knew what she was doing when she paired these two engaging characters!! Now ….off to the next novel so I can uncover what happens next!! 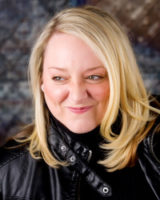 ALICE CLAYTON worked in the cosmetics industry for over a decade before picking up a pen (read laptop).

She enjoys gardening but not weeding, baking but not cleaning up, and finally convinced her long-time boyfriend to marry her.

Now, about that Bernese Mountain dog…..