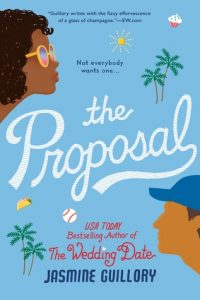 The author of The Wedding Date serves up a novel about what happens when a public proposal doesn’t turn into a happy ending, thanks to a woman who knows exactly how to make one on her own…

When someone asks you to spend your life with him, it shouldn’t come as a surprise–or happen in front of 45,000 people.

When freelance writer Nikole Paterson goes to a Dodgers game with her actor boyfriend, his man bun, and his bros, the last thing she expects is a scoreboard proposal. Saying no isn’t the hard part–they’ve only been dating for five months, and he can’t even spell her name correctly. The hard part is having to face a stadium full of disappointed fans…

At the game with his sister, Carlos Ibarra comes to Nik’s rescue and rushes her away from a camera crew. He’s even there for her when the video goes viral and Nik’s social media blows up–in a bad way. Nik knows that in the wilds of LA, a handsome doctor like Carlos can’t be looking for anything serious, so she embarks on an epic rebound with him, filled with food, fun, and fantastic sex. But when their glorified hookups start breaking the rules, one of them has to be smart enough to put on the brakes…

Enduring a baseball game when you aren’t really into the sport is the realization that many people face. When you find yourself dating, there are many destinations that don’t measure up to your cup of tea. For Nikole – a trip to the ballpark came courtesy of her actor boyfriend. With no desire whatsoever to watch the game, Nikole finds herself turning to her cell phone to pull double duty and get a little work completed during the ball game. It was a great plan until Nikole’s attention was diverted to the Jumbotron.

Who could imagine receiving a scoreboard proposal during a game that you didn’t want to attend in the first place? This realization hit Nikole squarely in the face when her boyfriend decides to propose in front of a stadium full of Dodger’s fans. Nikole wasn’t ready for such a grand gesture. In fact, why was he even proposing marriage after only five months of dating? The disaster that was quickly transpiring was playing out for all of the fans in the stadium and on TV to witness.

After having her rejection to the proposal played out for everyone’s enjoyment, Nikole finds herself fodder for news crews and nosy fans. How can Nikole go unnoticed when thousands are desperate to hear from her? Luckily for Nikole, Carolos and his sister were sitting a few rows behind her in the stadium. With a plan firmly in place to rescue Nikole from the paparazzi, Carols helped Nikole escape the spotlight that she found herself under scrutiny from. As the two hung out after the fiasco, the discovered there was more to this friendly gesture than either could ignore.

The Proposal delves into the trials of finding a romance that provides more than just a casual hookup. With the stability of a proposal on the table, Nikole is faced with the trials of rejecting a life that wasn’t what she planned. The ridicule that follows results in chaos on social media, and a hard look at the direction Nikole would like her life to follow. It is a journey that many face when trying to wade through the dating world and find their soul mate.

While the Proposal has been heralded for its up and coming story plot, I found myself bored by the predictability of what was transpiring. The Proposal has shot to fame courtesy of being picked as a book of the month by Reese Witherspoon’s book club – Hello Sunshine. However – I found the content between the covers lacking in originality. What I did discover that was VERY unique to a romance novel was the inclusivity of varying races, lifestyles and gender identities in the book. It was a refreshing change to have the characters represent so many different entities in the book! With that said – there just wasn’t enough plot ‘meat and bones’ to keep my undivided attention on this book. 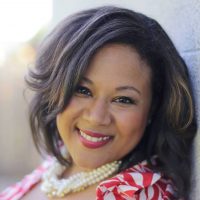 Jasmine Guillory is a graduate of Wellesley College and Stanford Law School. She is a Bay Area native who has towering stacks of books in her living room, a cake recipe for every occasion, and upwards of 50 lipsticks.