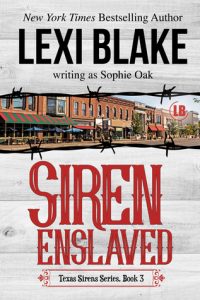 Re-released in a second edition with new scenes.

Julian Lodge has everything a man could want. He’s rich, successful and owns the most exclusive club in Dallas. But something is missing.

Finn Taylor has worked his way up in the world from humble beginnings in Willow Fork, Texas. The only thing he still loves in his hometown is Danielle Bay. He never told her he was actually bisexual, and he never confessed his love for her. Now she’s getting married, and Finn is sure he’s lost his chance with the only person he’ll ever love.

Julian’s vacation to the Barnes-Fleetwood ranch brings them all together. After Dani jumps into Julian’s car while fleeing her wedding, Julian knows he has to have her. But nothing is easy in Willow Fork. A danger from Julian’s past threatens them all. Julian will have to convince both Dani and Finn that being his will be the best decision they ever made. 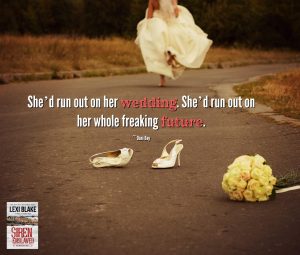 Falling in love with your best friend can bring out the worst or the best in you. For Finn – watching Danielle in the process of marrying a man she doesn’t love hurts more than Finn cares to admit. A mistake that was set into place when Finn allowed Danielle to believe that he was gay. Nothing was further than the truth. Finn was bisexual and never wanted Danielle to see that side of him. A decision that changed the course of both of their lives.

Danielle has always tried to be the matriarch that her sister could lean on. Always settling for second best just to make sure those she loved were taken care of. Now Danielle is ‘settling’ once again. Heading down the aisle towards a future that is anything other than the one of her dreams. Once that realization sets in, Danielle does the one thing that she should have done all along. Danielle walks away before making the biggest mistake of her life. One that lead her straight towards the first stranger she runs across. Did I mention the getaway car??

Nothing has been the same for Julian since he set his submissives ‘free’. As someone that has never been at a loss for lovers, Julian feels a bit ‘off’ with his new state of affairs. Seeking a rejuvenation of sorts, Julian decides to head to Willow Fork to ease some of the tensions he has been feeling at the club. Little did Julian know that his uncertainty about life and love was about to be tilted on its axis. All in the form of a bride fleeing from her wedding.

What will happen to Danielle when she makes the biggest decision of her life? Only time will tell, but one thing is certain, Finn and Julian will bring a whirlwind of emotion in their wake. Adding insult to injury, Julian will soon discover that his life is in danger. Resulting in a trail of turmoil for everyone in Julian’s life.

Are you ready for the hotness that you have been waiting for? Julian’s story is long awaited and doesn’t lack in intensity. The ménage you loved from the Barnes-Fleetwood ranch is back and nothing on the ranch will ever be the same! Julian, Dani and Finn will bring the heat when their feelings and attraction collide. Can each find the happiness that they deserve?

This rerelease from Lexi Blake will answer all of your questions about Julian…..well, for the most part!! Another book in the collection that doesn’t fail to entice you from beginning to end. 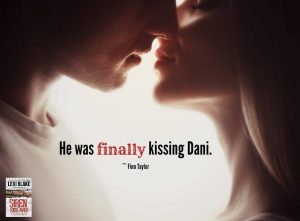