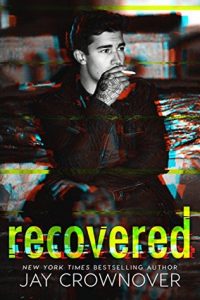 It was hate at first sight…

He was entitled, spoiled, a user…and an addict.

He was out of control and didn’t bother trying to hide it.

He had everything anyone could want but still seemed miserable and lost.

Every move he made, every mistake he stumbled his way through, rubbed me the wrong way. However, I couldn’t stop myself from trying to save him from himself when no one else would. In the sweltering heat of the summer, Cable taught me that having it all means nothing if you can’t have the one thing you want more than anything else.

I was obsessed with Affton Reed.

She was rigid, uptight, and no fun. There was something about her innate goodness that called to me.

She acted like she was above all the normal faults and failures that clung to the rest of us like the scent of smoke after a fire.

I was infatuated with her, but that didn’t stop me from acting like she didn’t exist.

In the scorching heat of summer, Affton taught me that there is always a way back from the brink of despair. She showed me that the trick to having it all was realizing that it was already there, in my hands. All I had to do was hold onto it.

The road to recovery is full of twists and turns no matter who is in the driver’s seat. 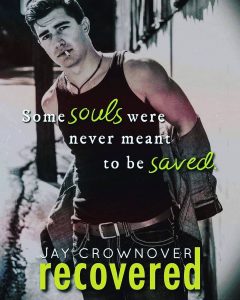 Addiction can lead even the most unsuspecting on a road of trials and tribulations. For Affton – the vices of this desperate disease have stretched through many facets of her life. With a mother that succumbed to the deadly disease, Affton knows just how tragic the road to addiction can become.

When the local high school heartthrob shows the classic signs of addiction, Affton decides to step in and create a curve on Cable’s path to destruction. Little did she know how that one decision would alter Cable’s fate. Fueled by his demons, Cable makes a decision that has lasting consequences that extend beyond that one night. With a debt that must be paid, Cable finds his life is no longer the carefree existence that was a part of his high school days.

Stepping into Cable’s life that day will come back to bite Affton in the butt. Cable’s mother is looking for a ‘keeper’ for her son and decides that Affton is the rock that can anchor his destructive behavior. Determined to keep her son from backsliding, Cable’s mother makes a demand that Affton cannot ignore. Now the duo finds themselves thrust into a living situation for the summer that neither wanted. Affton finds the situation a challenge, but is determined to see things through. In spite of their aversion to the situation, Affton and Cable quickly realize there is more brewing under the surface of their circumstance than meets the eye.

Cable only has one chance to stay on the straight and narrow. Can Affton guide him to make the right choices in his life? Is the attraction between the two valid or just a product of being thrown together for the summer? Only time will tell where these two will stand when the summer ends…..

Recovered is the novel that you didn’t realize you needed in your life. Author Jay Crownover shares that the story is loosely based on an important individual in her life. It is a work of fiction, but a glimpse into a world that is all too common for many people in the world.

The writing literally transported me into the lives of Affton and Cable with such ease and interest. I devoured every single word!! As I read each chapter, I found myself visualizing this story like I was actually in the room with these characters. It was an amazing and painful look into the repercussions of addiction. Why didn’t I read this book sooner? Well….the only excuse I have is the fact I am just now getting into the obsessive work of Jay Crownover!!

Simply put……Recovered is an amazing piece of writing that is full of the heart and soul of the author. Do yourself a favor and dive into this novel without any prejudices. FEEL the emotions that will pull you deeper into Affton and Cable’s situation. The angst, heartache, and pure adoration of the novel will touch your soul in the most unimaginable ways!! 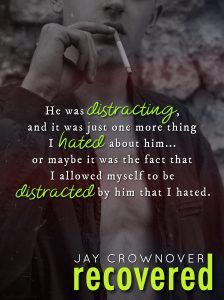