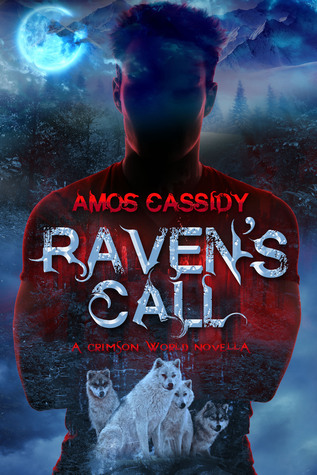 He came from darkness, lifted from the bowels of despair, saved by hope, but who will save him now?

Raven is a survivor, a fighter, but not a lot of people know that. He keeps his past hidden, even from himself. His dirty little secret, the only secret, or so he believes…
When Raven and his friends are summoned to The Culling, it seems like a dream come true. Hosted by the Alpha at his famous Retreat, The Culling, an event to select the werewolves that will take on the role of Active Pack and protect the civilian wolves, is a gruelling test of skill. As Raven, Roman, Damon and Kris make the journey to Wales, the days ahead seem filled with possibility. But the stakes are much higher than any of them could have imagined. A shadow stalks The Retreat, a dark assassin with an unholy mission, a mission that will put Raven and his friends directly in the line of fire.
As the truth of his inceptions puts Raven on a supernatural hit list, a choice must be made, one that could change Raven’s life forever.

When the time comes, will Raven make the right call?

Holy crap. I almost don’t know what else to say. I don’t usually like prequel stories, because I already know the characters, and like who they are “now” and don’t really care who they were “then” but RAVEN. You guys, Raven is mine. I don’t care that he is a fictional gay werewolf. He. Is. Mine. I love him so hard.

But he is not the only one we learn about. We get more from just about all the guys. I really enjoyed seeing how they became the pack, and how Harold joined their group. And the romance, just about broke my heart. I was sick for them (not gonna say who) because of how everything played out. But I certainly suggest reading this before reading Crimson Chaos, because DUDE. YOU GUYS. I can’t tell you.

This is super vague, because I want to spoil NOTHING, but let me end with this: Amos Cassidy – if you two want to write more about Raven, doing anything (laundry, washing dishes, watching TV, etc.) count me IN. I will happily read anything you guys write about my man.

One Response to “Review: Raven’s Call by Amos Cassidy”