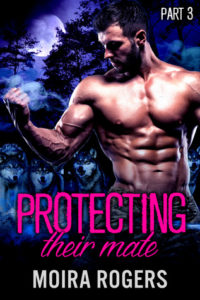 As the full moon raises tensions–and appetites–Ashley indulges her wildest fantasies…and discovers what it truly means to belong to the pack. But Blake’s control is tested as outsiders descend on the pack’s territory, and Ashley discovers that following her heart may be the only way to find her mate.

Ashley’s heart longs for one man, but her wolf demands that she test herself against the alpha. Can she settle for a life of never knowing, or will she risk everything for Blake?

Protecting Their Mate was originally published as an eight part serial under the penname Mia Thorne. It has been repackaged, but the story remains the same.

Purchase It On AMAZON !!

From the moment that Ashley became a part of the werewolf pack, life has taken on a whole new meaning. No longer an outcast for her were traits, Ashley is learning that her desires are completely natural. Blake and the rest of the pack have shown Ashley that it’s a part of life to long for desire and a sense of belonging. With desperately trying to find a mate, Ashley and Blake have fallen for one another. A hazard if her were side chooses another as her mate.

Now a rival pack is threatening to take what is ‘theirs’. Another road block that couldn’t have come at a worse time for the pack. Testing the waters further to see if she will be mated to a member of the pack, Ashley can only hope that her wolf will lead her back to Blake again.

What can I say about Moira Rogers ? Bree and Donna have enthralled me with their Beyond Series, so I was definitely ‘all in’ where this paranormal series is concerned. Ashley and Blake heat things up in this installment (well…they pretty much do that in all every installment). Readers will not be able to stop themselves from hoping their favorite wolf becomes Ashley’s mate. There is no one that writes a ménage better than these two ladies. If you are looking for a scorching hot round of sex…then make sure you pick up this serial today!! 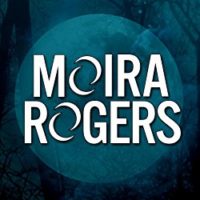 How do you make a Moira Rogers? Take a former forensic science and nursing student obsessed with paranormal romance and add a computer programmer with a passion for gritty urban fantasy. Toss in a dash of whimsy and a lot of caffeine, and enjoy with a side of chocolate by the light of the full moon.

By day, Bree and Donna are mild-mannered ladies who reside in the Deep South. At night, when their husbands and children are asleep, they combine forces to unleash the product of their fevered imaginations upon the page.