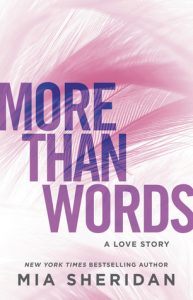 No one lays open the heart and soul quite like New York Timesbestselling author Mia Sheridan.
The moment she met Callen Hayes, eleven-year-old Jessica Creswell knew he was a broken prince. Her prince. They became each other’s refuge, a safe and magical place far from their troubled lives. Until the day Callen kissed her—Jessica’s first real, dreamy kiss—and then disappeared from her life without a word.
Years later, everyone knows who Callen Hayes is. Famous composer. Infamous bad boy. What no one knows is that Callen’s music is now locked deep inside, trapped behind his own inner demons. It’s only when he withdraws to France to drink his way through the darkness that Callen stumbles into the one person who makes the music return. Jessica. His Jessie. And she still tastes of fresh, sweet innocence . . . even as she sets his blood on fire.
But they don’t belong in each other’s worlds anymore. There are too many mistakes. Too many secrets. Too many lies. All they have is that instinctive longing, that need—and something that looks dangerously like love. 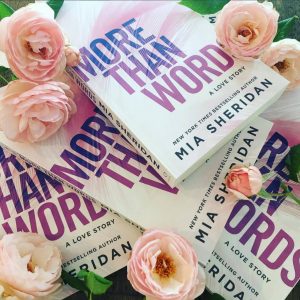 Young love doesn’t always turn out the way you plan, but it does provide the foundation that all relationships are built upon in the future. Jessica Creswell never planned on discovering that boy in the rail car that day. Callen was the broken soul that was calling to Jessica. They shared a love of books, and a keen interest in music. What Jessica never prepared for was the day when Callen would no longer show up in their meeting place, ending a chapter in their childhood that would forever remain an important part of Jessica’s life.

Years would pass and fate would once again throw these two into the same path. Jessica is on a course that will lead her one step closer to following her dreams. What she never prepared for was a run in with the one boy that stole her heart all those years ago. Callen is nothing like the boy from his youth, and it is plain that he does not recognize the girl that helped him find music in his life. One kiss sealed the fate of those two that night, and nothing would ever be the same for them again.

More Than Words is the unconventional romance penned by Mia Sheridan. It revolves around a childhood friendship that extends into a present day reintroduction. The emotional aspect of Callen’s life kept me vested in their saga. In addition – the secondary history that Jessica was uncovering in the historical writings also presented me with a draw to the past. I was absorbed in discovering just how vested these two were in the past, present, and future.

As with any Mia Sheridan romance, I found myself transported into a world of love and mystery. Callen was the broken soul that longed to find his way in a world that was determined to crush his spirit. The path to redemption more often than not is riddled with roadblocks. How you get to the destination is the magic of your journey. For Callen – that path was rocky and winding, but Jessica was the light that shined during the darkest of times. More Than Words is a wonderful second chance romance that deserves a place on your growing reading list!!