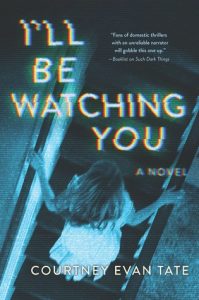 In an unthinkable flash, Emmy Fisher’s fifteen-year-old daughter, Leah, seemingly drowns close to shore one summer night—at least that is what the police report says.

In deep grief, Emmy needs time and courage before she can enter Leah’s bedroom. But when she does, she finds something at first bewildering, then unspeakable, as she begins to understand the full implications…

She uncovers evidence that Leah had been secretly involved with someone, someone perhaps older, someone with dark appetites.

Bit by bit, the last few months of Leah’s life unfold in a terrifying way that Emmy can hardly imagine.

All she knows is that she has to find the person who took her sweet daughter’s innocence. No matter the cost.

The truth will set her free. Or bury her.

Purchase I’ll Be Watching You on Amazon !! 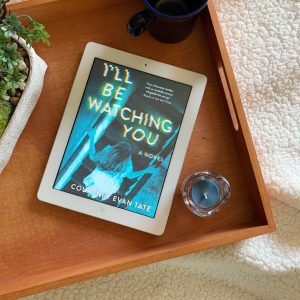 Nothing can compare to a mother’s grief. Emmy is reeling from the realization that her daughter drowned near the shore, but Emmy refuses to believe that her daughter is no longer on this Earth. Going through the motions of running her family’s inn, Emmy just cannot bring herself to walk into the room that holds all of the memories of Leah’s life. With Leah’s dog Bo by her side, Emmy finally takes the step into the place that holds the treasures of Leah’s entire world.

While sifting through the barrage of photos, Emmy discovers a secret that her daughter was keeping. The proof of a forbidden relationship was staring Emmy in the face. How could Leah keep a secret of this magnitude without anyone knowing the details? As Emmy uncovered more about the secret her daughter was harboring, a nagging feeling about the circumstances surrounding Leah’s death began to grow. Could there be more to this tragedy than meets the eye?

I’ll Be Watching You is a dark novel that explores death, tragedy and a secret that will devastate a family with its revelation. The underlying mystery surrounding Leah’s death will lead Emmy on a journey that can only be described as a mother’s worst nightmare. As the plot unfolds, readers will find themselves transported from the past to the present throughout this novel. The journal entries that Leah left behind become a pivotal magnifying glass into the secrets that will uncover something more sinister than anyone could ever imagine.

Courtney Evan Tate always manages to delve into the darkness in a way that is disturbing but so addictive. While the subject matter is tragic and hard to pull away from, Tate works her magic to create a very realistic tragedy that will captivate you with each turn of the page. A dark thriller that will leave you in tatters while uncovering the mystery that looms over Emmy and her family. 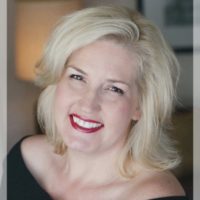 Courtney lives in Florida with her husband and kids. She has a passion for raising drug addiction awareness, the Marine Corp (her middle son is a Marine) and being introspective on the human condition.

To learn more about her, you can visit www.courtneycolewrites.com.