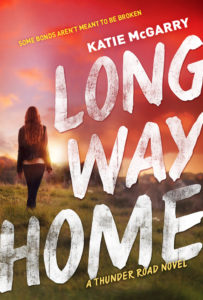 Seventeen-year-old Violet has always been expected to sit back and let the boys do all the saving.

It’s the code her father, a member of the Reign of Terror motorcycle club, raised her to live by. Yet when her dad is killed carrying out Terror business, Violet knows it’s up to her to do the saving. To protect herself, and her vulnerable younger brother, she needs to cut all ties with the club—including Chevy, the boy she’s known and loved her whole life.

But when a rival club comes after Violet, exposing old secrets and making new threats, she’s forced to question what she thought she knew about her father, the Reign of Terror, and what she thinks she wants. Which means re-evaluating everything: love, family, friends . . . and forgiveness.

Caught in the crosshairs between loyalty and freedom, Violet must decide whether old friends can be trusted—and if she’s strong enough to be the one person to save them all.

“An intoxicating and unforgettable story that kept me glued to the page.” 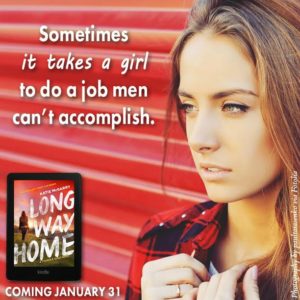 “Chevy,” Cyrus calls near the entrance, “We need to talk.”

Damned knot in the tug-of-war-rope and I’m starting to feel frayed. Mom doesn’t blink as she waits for me to say something. To tell Cyrus he can wait. To tell her what she wants to hear. But as much as I love her, I’m also drawn to the club. She’s right, I do want both.

Mom throws the towel she had expertly throttled into the sink behind her, walks to the other side of the bar and the strobe light casts a red haze around her. If I didn’t know her better, I’d buy the flirty smile and the way she giggles in happiness as she leans on the bar to take a drink order. But that’s not her real smile and that’s not her real laugh. It’s part of her job, part of her act, because that’s what working her requires—performing.

With a kick to a barstool, I head for the exit. Cyrus walks out into the night and I follow. Once outside, Cyrus turns to me and his warm breath creates a cloud in the cool night. “We’ve had some trouble tonight with the Riot.”

The Riot would be a motorcycle club north of us in Louisville. They’re pissed at the Terror for myriad reasons, the main one being we’re a legit club and they deal in illegal. They’re also angry at one of our main members, Eli. They feel he stole their daughter and granddaughter from them. Eli didn’t steal a thing. Can’t call someone’s free will in walking away from crazy a crime.

Life sucks for the Riot and I’m fine with that. “Everything okay?”

“Yeah. Everyone’s safe, but we’ve had word that they’ve ridden past the boundary lines we set with them a few months back. It’s all rumor and no one on our side has confirmed it. Could be someone’s overactive imagination, but I’ll feel better knowing you’re off the road.”

I’m under eighteen, still a kid to him. Cyrus used to act this way with my two best friends, Oz and Razor, but both are eighteen and full members of the club now. The babysitting twists my gut, but then again, I’m not ready for the decision eighteen will bring. “How about Violet?”

“I’m on my way now to look for her. She’s also not answering her cell.”

Yeah. A lot of that going around. “If she took Stone to the game, she would have headed straight home. I’ll check on her on my way to Mom’s if you want.”

This gives me the excuse I need to see Violet. Because I won’t be able to sleep without knowing she’s okay. So I can thank her for what she did for me with the note. To gauge whether or not Violet is waving the white flag.

Cyrus lays a hand on my shoulder. “I’d appreciate that. I need to head back to the clubhouse to take care of some business. I’m serious about what I said though. Me and a lot of guys would love to hear about the game.”

I know they would and I’d enjoy being with them, but Mom’s already sore that I walked out on her to talk to Cyrus. “I’m beat. After I check on Violet, I’m crashing.”

Cyrus gives me a fast pat and a hug. We both mount our bikes and start our engines with a growl. My grandfather takes the lead and I follow him as long as I can before taking the path that leads away from him and toward where Violet lives. 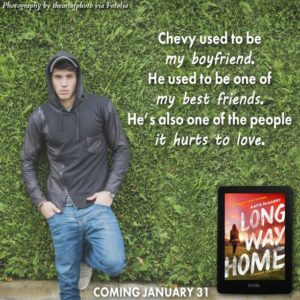 Living in the shadows of a motorcycle gang is never easy. When you loathe their very existence, it is even more difficult. For Violet – the presence of the Reign of Terror is a constant reminder that her father was killed while doing ‘club business’. No matter how hard Violet tries, she cannot escape the club’s need to raise her as a part of the club. Every reminder of this brotherhood further cements her desire to leave town. The only problem with that plan is her brother Stone.

Violet has loved Chevy for as long as she can remember. The duo always spent all of their free time together. Where you found one, the other wasn’t far behind. Those precious memories are just that….memories. In her quest to escape the binds that the Reign of Terror had over her life, Violet asked Chevy to give up his standing with the club. Choosing love over his legacy. When Chevy couldn’t make the dreaded decision, Violet cut him out of her life. A cut that was so deep Chevy still couldn’t escape it’s mark on his soul.

Now Violet is a pawn between two rival clubs. Evoking a fear that Violet has never known. To protect her family, Violet must rely on everything that she thought she knew about the Reign of Terror. Secrets from the past find their way into Violet and Chevy’s world. Causing each teenager to seek comfort in the one place they can count on….with each other. Who can they trust? Just how far will they have to go to keep those that they love safe from harm? Only time will tell who will be left standing in the end.

Chevy and Violet’s story is finally here!! I have to be honest….I didn’t know what to expect for these two. Everything about their relationship was shattered with Violet’s decision to go ‘all in’, and escape the binds of the Reign of Terror. The disappointment that was felt by both Chevy and Violet after their breakup is evident throughout their time apart. One thing is evident. Both Violet and Chevy have a deep dedication to family and friendship.

The adoration that Chevy shows towards Violet, Stone, his mother and their friends is something that very few find in life. His determination to live his life and fight loyalty to the club was evident throughout the book. Each struggle pulling Chevy closer to discovering that some things from the past will find a way to affect the future.

Both teenagers will travel a rocky road. One that is littered with indecision. Through it all – Chevy and Violet will come to discover that all you really need in life is faith, family, and friendship. Long Way Home has proven to be a journey of strength, honor, and loyalty. 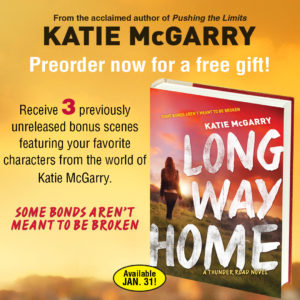 Pre-order LONG WAY HOME by Katie McGarry, and fill out THIS FORM, to receive three previously unreleased bonus scenes featuring important “firsts” in the lives of your favorite characters from the world of Katie McGarry!

Complete the form to register your pre-order at https://wyng.com/campaign/820152.

Discover Where It All Began…… 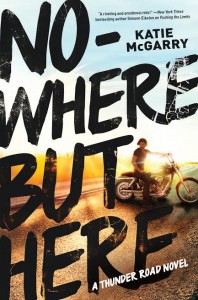 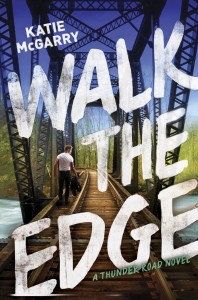