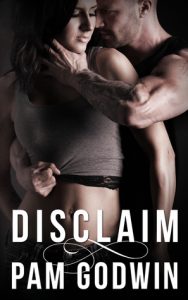 Camila was seventeen when Van Quiso kidnapped her. Ten years after her escape, the shackles refuse to release her. Not while there are still slave traders preying on her city.
She will stop at nothing to end them.
Even if that means becoming a slave again.

Returning to chains is her worst fear—and only option. They won’t know who she is or what she intends to do. She’s prepared for every complication.
Except him.
The one who decimated her sixteen-year-old heart.

Matias is charming, gorgeous, and dangerously seductive. He’s also untrustworthy and enshrouded in secrets. After years of no contact, he finds her—on her knees, wrists bound, in the clutches of her enemy.
Will he sabotage her mission by needlessly saving her?
Or will he keep her in chains and never let her go?

*** It is recommended to read after Deliver and Vanquish, but it can be read as a stand-alone. *** 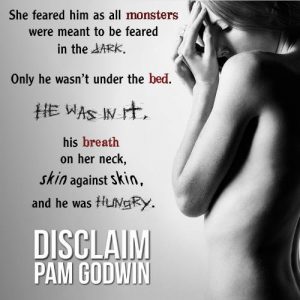 Slave trafficking – it’s a reality that Camila was faced with during her life. It is now the catalyst that drives Camila to take out the traffickers that she crosses paths with. The suffering is known all too well by Camila, and she is determined to save as many souls from the cycle as possible. Determination fuels Camila towards uncovering all slavery rings that she possibly can. Even at the risk of her own safety.

As a young girl, Camila found her solace with Matias. Her best friend and first love. That was before Camila found herself captured and alone. Now – Matias has entered her life after years of separation. While they haven’t come face to face, Camila leans on Matias when she finds herself in a ‘bind’. Matias is closer to Camila than she thinks. Bringing with him a past surrounded in secrets and revelations. As Camila quickly discovers, nothing is as it seems.

What a tangled web surrounds Camila and the way her life intertwines in the dark world of slavery. The pursuit of  vengeance is a dark road. One that will lead Camila back into the chains that embroil those captured in this world. Matias knows that Camila is the one person that he trusts. The only thing that stands in his way is making sure Camila feels the same. The way he goes about peeling back the layers of their past will lead you on an unforgettable journey that grips your very soul. A dark and twisted tale that has to be experienced as it unfolds. Another amazing tale that only Pam Godwin’s writing can create!!