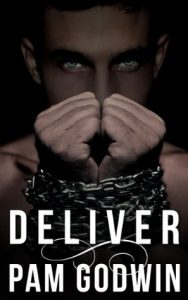 His name was Joshua Carter. Now it’s whatever she wants it to be.
She is a Deliverer.
She lures young men and delivers them to be sold. She delivers the strikes that enforce their obedience. She delivers the sexual training that determines their purchase price.
As long as she delivers, the arrangement that protects her family will hold.
Delivering is all she knows.
The one thing she can’t deliver is a captive from slavery.
Until him.
And her stubborn slave thinks he can deliver her…from herself.

Grab Deliver For FREE on Amazon For A Limited Time!! 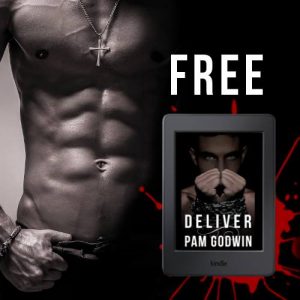 The All-American football star who has lived a wholesome life. His future planned out in the path of God. A superstar on and off the field. Joshua Carter is that player that everyone loves to cheer for. A college athlete that earned a scholarship for his skills on the field. A young man that doesn’t have premarital sex. The total package that is hard to ignore.

What Josh doesn’t realize is that he is being hunted. Stalked if you will say, for the task of becoming a slave. It’s Liv’s job to capture Josh and train him to be sold to the highest buyer. A mission that is harder than Liv could have imagined. Josh is disobedient and not easy to break. A captive that is determined to turn the trials of his life outward. Seeing Liv for the tortured soul that she really is.

Now the Deliverer is being prodded by the slave. A task that might be hard to do while being held captive. That doesn’t deter the young man or his faith in a higher power. Something that intrigues and captivates Liv. As the two accept their roles in this underground market, both will discover that letting go is harder to do that you can imagine. The price has been paid and now their time is quickly coming to a close. Where will the training, fear, and protection lead these destined souls?

Wow!!! Just wow……what a tortured, disturbing, and engaging tale!! Deliver is the kind of book you can only read if you know that there will be subject matter that some would consider ‘dark’. It revolved around kidnapping, slavery, and the training of those that are taken for another’s pleasure. It is twisted without crossing a line into the unimaginable.

While there are elements that were a bit hard to read due to my imagination totally running wild with what could possibly come next, I found myself ensnared by the descriptive and detailed writing of Pam Godwin. There is so much angst that my heart was twisted and torn as I read this plight into the unknown. A journey out of your comfort zone that you can’t help but devour. Liv is one torn, tattered, and tainted character all on her own. Josh was the guy that you couldn’t help but adore. Together they created their own story within a world of darkness and shame.

Deliver was nothing that I expected, but everything that I like to see in a novel. A plot so tattered that you can’t help but feel the emotions from the creativity of the author. Each word a jarring step further into the darkness but still within the light. Obviously – I devoured this story in one sitting. Take a chance on a book that is nothing like you will expect, but has the ability to transport you into a world you will not be able to get out of your head.