by Kate Stewart
Also by this author: 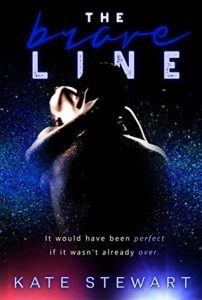 She is a five foot seven long list of things he can’t have.

He is a determined cop, desperate to keep his heart sealed behind his badge.

Michelle is a survivor. With a fresh perspective on life, she trades her tragic past in California for the coastal waters of Charleston. Fueled by a new career as a dispatcher, she’s determined not to let her scars weigh her down. She apologizes for nothing, especially her insatiable need for a certain police officer.

Rowdy is a newly minted sergeant dedicated to his job, but the life of a Charleston police officer has never been more dangerous. With his need to take order of a city spiraling out of control, the last thing he wants is an entanglement with a mouthy dispatcher. But, there’s just one problem. He can’t get enough of her.

As the heat rises between the unlikely pair, so does the tension.

Three months of summer was all it took to shake their foundations, rattle their walls, and bring them crashing down.

And it would have been perfect . . . if it wasn’t already over.

Note to reader:
This book has several elements and explores topics that some may consider triggers. For mature audiences only. Explicit sex, violence, and language. 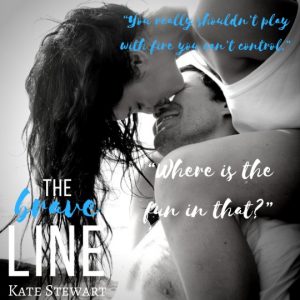 Working a job that deals with the stresses of public safety can be a grueling task. There are nights when you don’t know if you will find your way home. In reality – each member of the force is placing their lives in the hands of the operator on the other end of the radio. Creating a bond or trust that is hard to break. For Michelle – the job of being a 9-1-1 operator is not one for attention seeking. It’s a means to make sure that no one ever feels they can’t escape their circumstances. A feeling that stems from a past that Michelle barely escaped from.

Determined to never let anyone into her heart again, Michelle is in quite a ‘dry spell’ in the romance department. Something that she would love to relieve with one of her coworkers . Rowdy has been on the opposite end of Michelle’s radio communications for years. Spurning her advances due to his ‘golden rule’ of never dating anyone in the department. It’s been a push and pull between the two, who are obviously attracted to each other. Until the moment when their attraction could no longer be ignored.

With April as a mutual friend and confidant, Rowdy and Michelle decide to keep their ‘sex only’ relationship to themselves. Rowdy fights the feelings that clearly exist for Michelle, the two spiral into more than just a fling. Michelle knows that her heart is quickly losing the fight to stay in neutral territory where Rowdy is concerned. As they quickly realize that what they feel is more than just a ‘one night stand’, this duo must come to grips with demons from the past. Something that is easier said than done. With more than just sex on the line, will Rowdy and Michelle risk giving in to what is clearly deep in their souls?

Whew…..talk about a new perspective of our men in blue!! Let me start by saying that Rowdy was H-O-T!!!  No doubt about it, this tortured soul definitely got under my skin and pulled me into this tale of love in red & blue lights!! Michelle…what a spunky and engaging character. In spite of all she has endured, Michelle is the epitome of perseverance and determination. The witty demeanor between these two characters was also a HUGE draw for me. Engaging me in their banter.

The Brave Line has so much emotion pouring from the words in each chapter. An incredible story that I simply couldn’t put down. Did I mention this story had some smoking hot sex? The banter, the hookups, and the push and pull between Rowdy and Michelle couldn’t have held any more intensity. It was intense and full of emotion. It was everything that one would expect from two people who finally find the person that brings them to their knees. A truly inspirational and beautifully written story!!