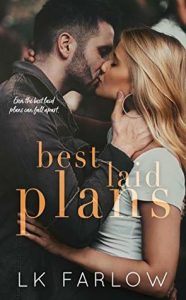 The summer before my senior year of high school I had only one goal: to make Alden Warner see me as more than his best friend’s annoying little sister.

Finally, my wish came true and he noticed me. In a big way. Too bad that the next morning he had no memory of our night together, leaving me heartbroken, and as I later discovered…pregnant.

For the last four years, I’ve been rocking the single mom thing, making sure my daughter comes first. In fact, everything is going fine–until Alden storms back into my life, as my new boss.

His reappearance wasn’t something I planned for. Add my nosy, meddlesome three-year-old and an overprotective brother, and I’m obviously in way over my head. 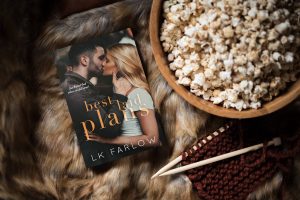 Life can get interesting when you are pinning for your brother’s best friend. Natalie knows that Alden should be off limits. He is older, more experienced, and her brother’s closest confidant. However – the attraction that Natalie has in regards to Alden prompts her to make a decision that will have a lasting imprint. In the midst of an alcohol infused night, Alden and Natalie find themselves finally giving into their mutual attraction. The only problem is the fact Alden doesn’t remember the night that occurred during a drunken haze.

Adding to the drama is the fact that Natalie finds herself pregnant. Alden is older and the situation could alter his life forever. With the best intentions in mind, Natalie decides to keep the knowledge of her unborn child’s paternity to herself. The secret of Tatum’s paternity would carry on for years, until the two find themselves in a place where their lives cross once more.

Time has been slowly ticking away for Natalie to face the secrets that she kept hidden from Alden. What will transpire when Natalie reveals the truth to the man that doesn’t know he fathered a child? Only time will tell how much damage is done, but the road to redemption will slowly lead the two back into each other’s lives.

Best Laid Plans is the first book I have read by author LK Farlow. It is a story about owning up to your mistakes that opens a path towards redemption. The first thing I will comment on is the way I was glued to the story right up until the moment Natalie revealed her daughter’s paternity. That is when things became a bit messy and chaotic. While I LOVED the premise of the story, there were some moments that were lacking the impact that I believed could have been added to the story for more drama. Tatum’s character was portrayed so spot on it was insane!! However – the paternity reveal didn’t quite live up to the hype.

I think the way the story wrapped up too easily is what nags at me. I think this was a situation that was very relatable, but the execution didn’t pack the punch that the beginning of the story possessed. The story did end up lay the groundwork for a series that I would like to explore a bit more! 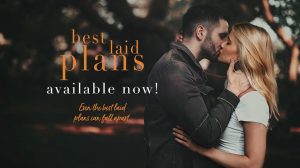 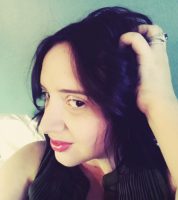 Name’s Kate, but I write as LK, and like it says, I’m a small town girl with a love for words. Like, really, that pretty much sums it up.

Kidding. I’m kidding.
I’m a life-long South Alabama native, with a love for all things Southern. From the accent (which I’m strangely lacking) to the food, it just makes my heart happy.

I have the most amazing husband on the planet, and 3 scrumpalicious Littles—for real, my fam jam is the best.

I’ve always loved reading and writing. So, my free time is filled with all things books and words.