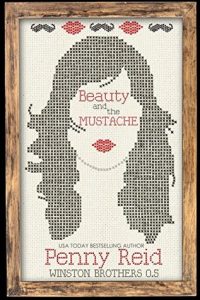 There are three things you need to know about Ashley Winston: 1) She has six brothers and they all have beards, 2) She is a reader, and 3) She knows how to knit.

Former beauty queen, Ashley Winston’s preferred coping strategy is escapism. She escaped her Tennessee small town, loathsome father, and six brothers eight years ago. Now she escapes life daily via her Amazon kindle one-click addiction. However, when a family tragedy forces her to return home, Ashley can’t escape the notice of Drew Runous— local Game Warden, bear wrestler, philosopher, and everyone’s favorite guy. Drew’s irksome philosophizing in particular makes Ashley want to run for the skyscrapers, especially since he can’t seem to keep his exasperating opinions— or his soulful poetry, steadfast support, and delightful hands— to himself. Pretty soon the girl who wanted nothing more than the escape of the big city finds she’s lost her heart in small town Tennessee.

This is a full-length novel, can be read as a standalone, and is the fourth book in the ‘Knitting in the City’ series. 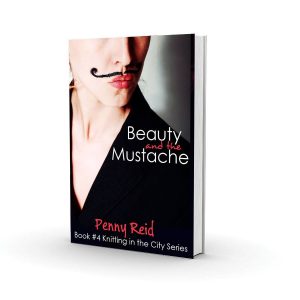 Life for a Winston sibling is anything but ordinary. For Ashley – life as the only girl in a home full of testosterone held its own set of challenges. Fleeing her home state of Tennessee, Ashley created a life for herself in the windy city of Chicago. A far cry from the mountains and backwoods of Tennessee. Life moved on and Ashley found herself distancing her life from everything that reminded her of home….except her mother. The two kept a bond unlike any that Ashley has with the rest of her family. Until the day she couldn’t reach her mother, and found out that all was not well with the woman who was the backbone behind the Winston Family.

Coming home isn’t always easy…..for Ashley, her homecoming is met by the ‘sound of a beating drum’. Something that irritates and fuels the Winston sibling to give her brothers a piece of her mind. What Ashley didn’t count on was her wrath would be felt by someone that is NOT a Winston. Drew was responsible for Ashley’s lack of sleep, and his appearance in the life of the Winston family both peaks Ashley’s curiosity and puzzles her.

As the matriarch of the family declines in health, Ashley finds herself leaning more on the man that seems to be the catalyst that keeps the sanity in the Winston household. Drew is unlike anyone Ashley has ever met. Someone that enjoys the written word and knows how to treat you like a ‘lady’. Someone that doesn’t overstep boundaries, but provides the support that is needed when it feels like life is pulling the rug from under you. Ashley and Drew know that they are on a ‘time limit’. Both determined to not give in to the spell that seems to have captured both of their hearts.

Ahhhh…..Drew and Ashley …..what an amazing story!! It’s like finding a piece of your heart and not knowing if you should connect the two pieces or not. At least….that is how I am imagining that Ashley and Drew felt. This story dives straight into the world of the Winston Family. A place that is so familiar it feels like I am reading about friends and family.

Ashley is struggling with the knowledge that her mother will not be a part of her life much longer. Nothing could have prepared her for meeting Drew. The man is a walking contradiction who has somehow become such an intrical part of the Winston Family. As Drew and Ashley discover and share so many facets in life, they quickly ignite the attraction that seems to be bubbling the more time they are in one another’s company.

Ashley and Drew’s story is by far the best introduction to living life as a Winston!! It is a tale full of wit, romance, and the quirkiness that comes with having six brothers in your life!! The other quality that Penny Reid added to this tale…..classic romance!! With time and technology at our fingers, a classic romantic seems to be a thing of the past. With Ashley and Drew – romance is the name of the game!!  Love fiercely, honestly and without inhibitions….that’s the true lesson of Ashley and Drew’s love!!