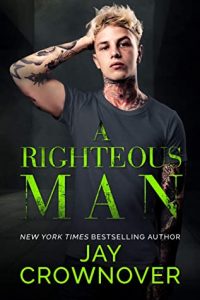 Salinger Dolan.
You know his name.
You’ve seen his face.
You’ve spent money on the endless amount of useless crap he endorses.
Of course, you’ve heard the stories.
You know the ones…The one that claimed he was hard to work with and totally unprofessional on set.
The one where he got caught doing drugs on the set of the most popular, family-friendly show in America.The one where he ruined the reputation—and career—of America’s sweetheart.
There’s more truth to those stories than his fans want to believe because Salinger is the kind of thoughtless, careless, dangerous Hollywood bad boy the paparazzi and fame-hungry starlets can’t get enough of.
Eventually, the shine of his flashy lifestyle started to fade, and Salinger realized the only thing he’s famous for nowadays is his bad behavior and well-documented struggle with addiction.
The former golden boy is beyond tarnished, and the only person who can help him get his glow back is the one woman who wants absolutely nothing to do with him.

Maren Copeland.
You might recall her name.
It’s possible you vaguely remember her face.
You’re probably wondering where she went. After all, you’ve heard the stories…The one where she exposed Salinger Dolan’s drug use all those years ago.
The one that said she tried to ruin his career because she was envious of his popularity.
The one about how she went from being everyone’s favorite to a pariah overnight.
Maren Copeland is now known as the comeback queen. After years of hard work and purposely avoiding entanglements with problematic heartthrobs like her first co-star, she’s on track to revitalize her career and rearrange her priorities after a very messy and very public divorce.
For the first time in both her professional and personal life, she’s the one calling all the shots.
Unfortunately, the path to get her where she wants to be leads directly to none other than Salinger Dolan.
He’s the one and the only person she swore she would never work with again.
Once upon a time, he cost her everything. He’s back to make amends and promised to give her anything she wants if she’ll just give him a chance to prove he’s grown up.
She doesn’t trust him.
She knows she’d be a fool to believe he’s changed.
After all, what are the odds that a spoiled, entitled brat like Salinger Dolan could become a righteous man? 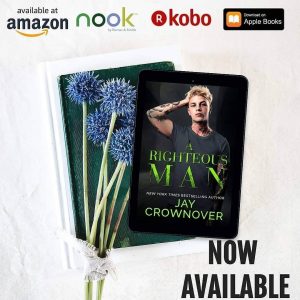 The call of Hollywood can be as promising as it is destructive. For Salinger Dolan – the rise to fame came in a rush. A face that the public adored as it was plastered all over the TV through endorsements and movies. The rush of the endless stream of sins that comes along with the rise in Hollywood may have been a bit more than anything that Salinger could control. A firework that was set to explode.

With Hollywood offering all that a man could want, Salinger fell prey to the trappings that come along with the rise to the top. A crash and burn that had all of America crowding into the front seats to watch. The spiral into darkness that enveloped Salinger pushed until this up and comer fell from grace. Several stints in rehab left all of America forgetting about the golden boy they once loved.

Time wasn’t so kind to Maren Copeland. Once an actress with a stable career, Maren found herself ostracized for trying to help the guy that captured America’s heart. Blacklisted from acting, Maren had to fight her way to the top once more. It took years for Maren to finally climb out from under that dark cloud, and now her time to shine was here. What Maren didn’t count on was crossing paths with Salinger once more.

Determined to get a project off the ground, Salinger seeks out the one person that haunted his dreams through every stint in rehab. The woman that was the only shining light when his fame came crashing to a halt. No one said second chances would be easy. Salinger knows that his road to redemption will be riddled with roadblocks. Through the uncertainty and pain, Salinger is determined to find his redemption with the one person that was his guiding light through the hardest times of his life.

A Righteous Man is the latest release by Jay Crownover and it absolutely blew me away. Second chances are always the stories that pull at your heart, but this novel took the cake. As I found myself captured by the unusual nature of the relationship between Salinger and Maren, nothing could have predicted the way the story ended. This novel truly captured the essence of second chances and redemption. Make sure you add this story to your reading list!