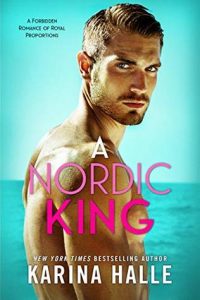 A widowed father of two little girls. The beautiful nanny he’s hired to raise them. A forbidden romance unlike any other. A Nordic King is the newest standalone royal romance from the New York Times Bestselling author of The Pact and The Swedish Prince.

When I first applied for the job I thought it would be like all the others: working as a nanny for an aristocratic family.
Then I got the job and found out how wrong I was.

Now I’m the new nanny for two adorable little girls who happen to be princesses.

Their father is the widowed King of Denmark.
And my new home? The royal palace in Copenhagen.
Adjusting to my new life isn’t easy but the hardest part hasn’t been the girls who still grieve over the loss of their mother.

Cold, mysterious and moody, with an icy stare that seems to penetrate your soul, King Aksel may have hired me to take care of his daughters but he wants as little to do with me as possible.

Yet the longer I share these palace walls with this man, the more that I’m drawn to him. His chiseled face and sexual swagger are only part of the package. It’s in the long, intense glances at the dinner table, the way we’ll brush up against each other in the halls, the rare glimpses of the man deep inside, like the sun passing through clouds.

But no matter how I feel about him, we can never be together.

You think it’s bad enough being in love with your boss?

Try falling in love with a king.

A Nordic King is a 100% complete standalone story and a spinoff of The Swedish Prince and The Wild Heir.
This book contains GRAPHIC SEX SCENES AND FOUL LANGUAGE – reader discretion is advised. 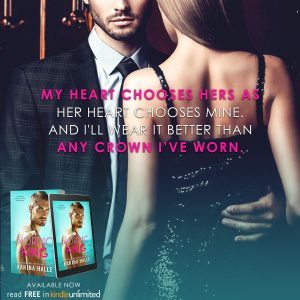 Working as a nanny is a rewarding and stressful occupation. Aurora has recently left her former assignment and is looking for a new job. When a call comes from her employer for an interview, Aurora finds herself in the midst of a strange but inquisitive vetting. Why all the secrecy and strange questions? It seems that the patron that interviewed Aurora was looking or a nanny for the King of Denmark. After the death of his wife, the King’s family life is in chaos and Aurora is the one that has been granted to job.

The King’s two daughters immediately take to Aurora. The trio quickly settles into a routine. There is definitely brooding and hostility where the King is concerned. In spite of Aurora’s desire to get him more involved with the girls again, there is reluctance. As the group spends time together, Aurora finds herself attracted to the King. When she realizes that attraction is reciprocated, Aurora isn’t sure what to do. There are secrets swirling in the corners of the castle that threaten to upend all Aurora has worked for. Will the King give up the fight and find love with Aurora?

Do you swoon at the thought of a story about royals finding their happily ever after? A Nordic King is just the ticket. This standalone from Karina Halle is packed to the brim with everything you would want in an unpredictable romance about royalty. Aksel is the King of Denmark. With a family that means the world to him, Aksel is faced with a betrayal that will forever alter his life. The broken soul has forgotten how to love his daughters and show his country the strength of the crown. When Aurora walks into the family’s life, nothing will ever be the same.

Aurora was definitely a delight to follow. Her depth of love for the children in her care was genuine and sincere. The way the King’s daughters responded to the affection was truly touching. There are plenty of laughs that extend to the royal household, especially when Snarf Snarf makes his appearance!! Watching the attraction grow between Aksel and Aurora was inspiring and I found myself wanting to learn more. The epilogue was definitely a treat that added another layer to the couple’s happily ever after!! A true romance about royalty, the importance of family and following the quest for your soul mate!! 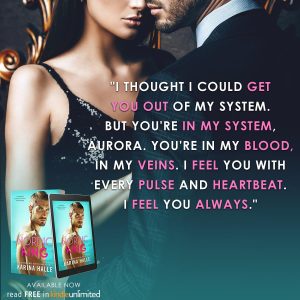