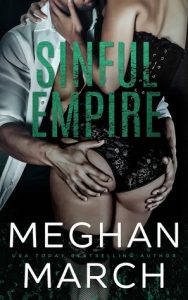 What’s mine, I keep, and that includes Keira Kilgore.
It’s no longer enough to have her in my debt. No longer enough to own her body.
I want something more.
She can try to resist, but I’ll never give her up.
Nothing will keep us apart.
Not her. Not my enemies. No one.
Her debt will only be paid one way—with her heart.

Sinful Empire is the third and final book in the Mount Trilogy. 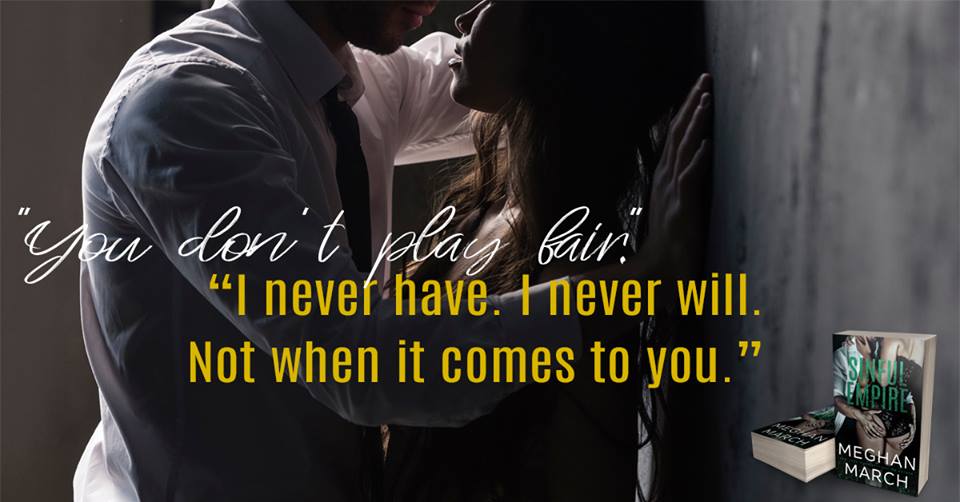 Desperation…..it’s an emotion that Lachlan Mount hasn’t felt since his youth. Now that Kiera is a part of his world, those feelings of desperation are creeping into his thoughts. This fear comes from the need to keep the beauty safe and in his world. With such vulnerability, Mount opens up and tells Kiera she can ask him anything about his life. An openness that Mount has never extended to anyone in his life.

While neither has never admitted it out loud, Mount and Kiera are quickly falling in love. Something that brings with it a new set of challenges. Mount knows his world is full of ‘unseedy’ circumstances that could put Kiera in danger. However – he is determined to do everything within his power to make certain that her safety is the biggest priority he can extend.

Where will their relationship lead? Can Kiera still look Mount in the eye when she learns more about his past? Only time will tell if these two will overcome the odds and come out standing on the other side.

Sinful Empire is the last installment in the Mount Trilogy. A highly anticipated conclusion to the adventures and mayhem that surrounds Mount and Kiera. Their meeting is certainly unconventional, and the fire undeniable. So where does that leave these two at the end of the day? Only time will tell….and quite a few chapters!

Get ready for more twists and turns for these beloved characters. It wouldn’t be a Meghan March book without it!! The passion will draw you deeper into this tale of unexpected romance with the twists that you will not expect. The King of New Orleans doesn’t fail to provide readers with some interesting details. So – get ready for the ‘ride’ and dive into Mount and Kiera’s final chapter. 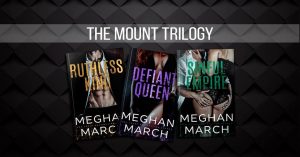