by Samantha Chase
Also in this series: , 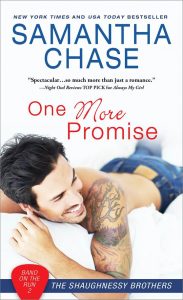 Ambitious Paige Walters is ecstatic when she’s hired to recruit celebrities for a children’s literacy campaign – it’s her chance to prove she’s got the chops to make it in the family business.  She certainly isn’t going to let some fallen idol screw it up.  But as the work brings Paige and Dylan closer together, their attraction grows…and so do their challenges. 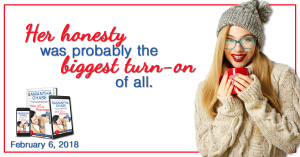 He knew the instant Paige had completely written him off. She had a very expressive face and honestly, she didn’t even try to hide the disdain she was feeling toward him. Well, he had a surprise for her—he wasn’t feeling too kindly toward her either. It was one thing to judge a person when you had all the facts, but it was another to do it when you knew nothing!

Dylan had no doubt he could find a place or a cause that would love to have him—even be grateful for him—and then he’d be able to tell Miss Paige Walters to kiss his ass and good luck with her boring campaign.

That had him laughing a little—just imagining the look on her face if he said that to her. It would be the most satisfying thing to happen to him in months.

“Thank you so much,” Paige was saying to the AAA driver. “I appreciate your help. I had no idea how to go about finding the leak.”

Dylan watched as she signed some paperwork and then took out some cash to tip the man. With a word of thanks, the AAA representative turned and seemed to notice Dylan.

And then he noticed Dylan.

It would be pointless to play dumb, and the man had Paige blocked in, so the longer Dylan stood here and talked to the guy, the longer she’d have to stand there and stew.

“Yes, I am!” he said with a full-blown grin. He held out his hand and gave the guy a hearty handshake and then proceeded to talk to him about everything from his favorite Shaughnessy song to his taste in other music.

Paige cleared her throat. Loudly. But Dylan ignored it.

“Would you mind signing something for me?” the guy asked.

“Not at all! I’ll sign as much as you’d like. Take something to the guys at the garage too!”

“Um…excuse me,” Paige said with a hint of annoyance, “but I need to get going. Could you move the truck?”

Dylan looked at her and grinned. “We’ll be done in a minute. Maybe you should go inside and see about calling the Toyota dealer about that new tire.”

Her dark eyes narrowed at him. “I don’t want to go inside.”

“And we’re not ready to move the truck yet,” he countered.

“What can I say? I can’t disappoint a fan.” Turning his back on her, he walked over to the driver’s side of the truck and then spent another five minutes signing papers, flyers, hats, whatever the guy could get his hands on. When he was done, he looked at Paige, who was fuming, and felt like poking her some more. “Is that it? I’ve got time.”

“You know, my girlfriend would go crazy if you spoke to her,” the man said hopefully. “Would you…I mean…would you mind if I called her and you could get on the phone and say hi? I swear it won’t take long and you’ll really make her day!”

Paige looked like her head was about to explode.

Was it wrong that he was having so much fun? 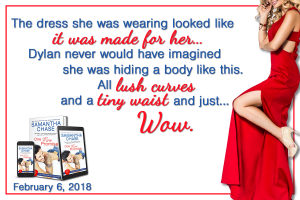 Discover The Book That Started The Series…. 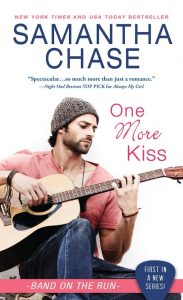 MATT REED IS HIDING
…from his fans
…from his past
…from a failure too painful to contemplate
Most of all, Matt is hiding from himself.

Vivienne will try anything and everything to coax Matt out of his self-imposed exile. But for this to work, Matt is going to have to meet her halfway… 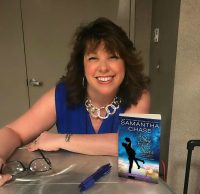 Samantha Chase is a New York Times and USA Today bestseller of contemporary romance. She released her debut novel in 2011 and currently has more than forty titles under her belt! When she’s not working on a new story, she spends her time reading romances, playing way too many games of Scrabble or Solitaire on Facebook, wearing a tiara while playing with her sassy pug Maylene…oh, and spending time with her husband of 25 years and their two sons in North Carolina.