by Ellie Kay
Also by this author:
Also in this series: , , 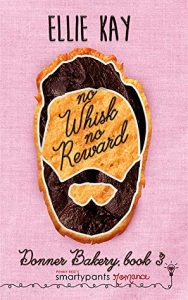 How do you know if a risk is worth taking? If you knew, there wouldn’t be any risk.

Following a disastrous appearance on a televised baking show, Sophie Copeland is certain things can’t get any worse. Several calamities later, Sophie finds herself in Green Valley, Tennessee with no plan, no place to stay, and no prospects. But at least she has a temporary seasonal arrangement with the famed Donner Bakery. And that’s something, right?

It’s not permanent, and it’s not a home, but it’s still something.

Enter Joel Barnes, a Green Valley mystery, wrapped in rumors, and a whispered connection to the local notorious biker gang. Joel’s got a name for being bad news, but he also has an apartment for rent.

Intrigued by the dichotomy of Joel’s reputation and sexy southern pull, Sophie can’t help but be tempted, even though she knows—given her (bad) luck—she should stay far, far away. . .

Yet as everyone knows, without risk, there’s no reward.

‘No Whisk, No Reward’ is a full-length contemporary romantic comedy, can be read as a standalone, and is book#3 in the Donner Bakery series, Green Valley World, Penny Reid Book Universe. 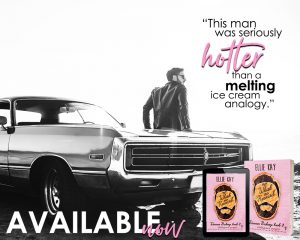 Ellie likes to cook, travel, and spend time with her cat -Taako.