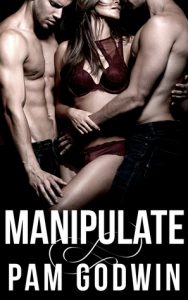 Tula Gomez is in the most ruthless prison in Latin America.

She only drove to Mexico to help her sister. She did nothing wrong.
But her quiet life changed in an instant.

To survive the violent, cartel-controlled prison where men blend with women, she pledges her loyalty to the notorious leader in exchange for the one thing she needs most.
Protection.

When she agrees to seduce the suspicious new inmates, Martin Lockwood and Ricky Saldivar, she doesn’t expect to enjoy it. Sure, they’re gorgeous, irresistibly alpha, and insanely talented with their hands and mouths. But they’re the enemy. She can’t fall for them.

Torn between her cartel loyalties and two men who want her as deeply as they want each other, she questions who is manipulating whom. Her search for answers leads to a passionate ménage, a soul-crushing secret, and an impossible choice. 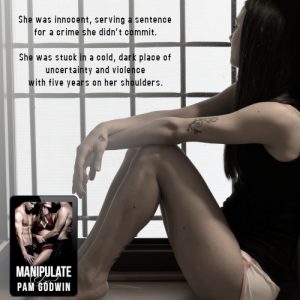 How can life turn in such an unpredictable way? Tula Gomez enjoys her life as a school teacher in Arizona. The comforts of her quiet life bring a sense of peace and stability. The only chaos that barrel’s through Tula’s life, is the connection to her sister back in Mexico. Whenever Vera calls, Tula jumps into action. So it was no surprise that Tula found herself crossing the border into Mexico when her sister called needing money.

Nothing could have prepared Tula for the way her life would change from that one phone call. After the inability to locate her sister, Tula finds herself arrested and charged with a crime that she didn’t commit. Facing incarceration at one of the country’s most dangerous prisons, Tula knows that she will have to be cunning and resourceful to stay alive.  A little intervention from one of the biggest cartel leaders may be the answer that Tula is looking for.

Cell Block 3 is Tula’s home for the duration of her incarceration. It is a lonely existence to stay out of harms way, so it is no surprise that the recent addition of two Americans to the prison would capture Tula’s attention. At the direction of the cartel, Tula is tasked with the job of discovering the reason these two prisoners are in essence ‘ghosts’. As Tula takes on the task of uncovering more about the American duo, she finds an attraction that will bring the two men closer in more ways than one. Secrets are swirling all around the prison, and this trio will find themselves in the center of all of the turmoil and tragedy.

What a tragic and captivating novel!! Manipulate is the latest addition to the Deliver series by Pam Godwin. Don’t let the tagline of Dark Romance push you away. Pam is known for her twists and turns that you simply will not be able to pull yourself away from. Tula’s story is raw and full of shocking revelations. The addition of Martin and Ricky will add just the right touch to a trio that is sure to set your reader on fire!! Manipulate is dark, destructive, and full of unbridled passion! Make sure to read the previous books in the series so you don’t lose any elements of connection between the characters. Manipulate is definitely a must have for Pam Godwin fans!! 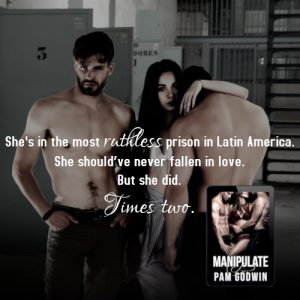 Discover The Series From The Beginning….. 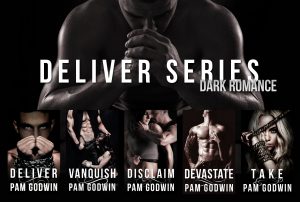 One Response to “Release Blitz: Manipulate by Pam Godwin”