by Kandi Steiner
Also by this author: , ,
Also in this series: , 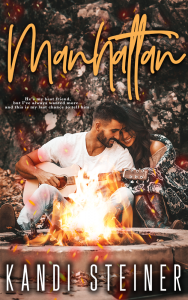 Everyone knows not to fall in love with your best friend.

But when your best friend is Michael Becker, it’s impossible not to.

He’s everything our town knows a Becker brother to be: devastatingly handsome, charming as a thief, and the icing on the cake — a sentimental musician who’s never without his guitar.

And he was mine. At least, that’s what I’d convinced myself.

Our bond was born in elementary school, strengthened by circumstance and the promise to always be there for each other, no matter what. And the best thing about my life was being friends with Michael Becker.

Until it was the worst.

I watched him fall in love with someone else, and helped patch him back up when she left him behind. But when he drops the bomb that he’s moving to New York, I realize it’s my last chance to tell him how I feel. And I ask him to make one more promise.

One summer. One list of adventures to remind him that our small town has more to offer than memories of the girl who left him behind.

One last chance to tell him I’m in love with him.

And I’m just dumb enough to believe that maybe he could love me, too. 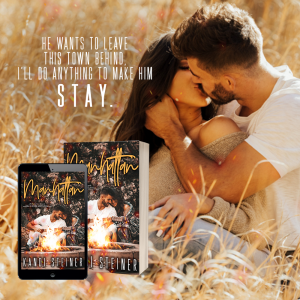 The bond between best friends runs deeper than an ocean. Nothing has meant more to Kylie than standing by Michael through thick and thin. The biggest milestones in life have always revolved around the pair. Kylie has secretly waited for Michael to look at her with a new set of glasses. An adoration formed that has Kylie longing for the friendship to turn towards romance. Waiting was never a problem until Michael fell in love with someone else.

Broken hearted and torn apart, Michael knows the pain of losing that first love. The gal that held his heart has traveled to Nashville to find fame and success, leaving Michael behind. Determined to leave his hometown behind, Michael announces that he plans to leave for New York City in the fall. Mending his broken heart means reaching out to the one person that Michael knows will never let him down – Kylie.

When that one true love fails to view you as more than a friend…what’s a gal to do? Kylie has longed for the day when Michael would view her in a different light. Through the ups and downs in life, the constant has always been their friendship. Now Kylie is faced with the truth that Michael would rather be anywhere else but their hometown. Can Kylie find a way to show Michael what has been right in front of his eyes??

Manhattan is the latest release from Kandi Steiner that revolves around the Becker brothers and their adventures. In spite of this book revolving around the youngest brother – Michael – I found myself enamored with Kylie!! This spitfire captivated me with her courage, devotion, and selflessness. I found myself smiling more often than not when reading through this book!! From cover to cover, I enjoyed the storyline and impressive string of secondary characters. Uncovering the song of one’s heart is quite the feat when Kylie is involved. Manhattan is a great romance to add to your collection!! 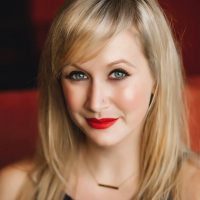