by Devney Perry
Also by this author: , , 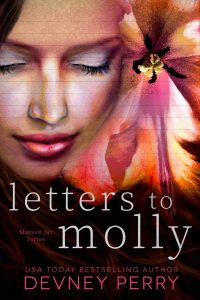 Molly Alcott didn’t expect to open her mailbox one summer morning and find an old letter stuffed between bills and a supermarket flyer. Penned in familiar handwriting, dated over fifteen years ago, the letter was written to Molly after her first date with the man she’ll never forget.

Week after week, new letters appear. Each marks an event in the history of their epic love affair. Each heals a wound. Each holds the confession of the man who still owns Molly’s heart.

The letters are full of promise, hope and love, but truth be told, Molly wishes she could unread them all.

Because the man who wrote these letters is not the one sending them. 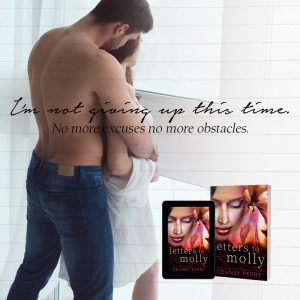 Do you believe in chance meetings? Molly and Finn crossed paths thanks to Finn’s sister Poppy. While it was never intended for the two to hit it off so well, Finn and Molly found themselves enamored with one another very quickly. As time passes, the connection between Molly and Finn leads to much more than a friendship. The two found their way to the altar, ended up the parents, and started their own successful business. What should have been the ‘perfect’ life ended up unraveling and a quickened pace.

The animosity between Finn and Molly only increased after the divorce. While their differences have led them to this state, the two always keep their children’s interests at heart. While Molly had never ‘replaced’ Finn in her life, she respected his decision to move on from the love that they once shared. Then an unexpected turn of events happens. Molly discovers a letter in her mailbox that Finn wrote years ago. What puzzles Molly the most is the fact Finn did not send the letter. Now the two embark upon a journey of reflection, redemption and forgiveness that will take them to a place neither would have predicted.

Letters to Molly is the highly anticipated follow up to The Birthday List. From the moment I dove into this novel, I was captivated by the heartache, realism, and relationship turmoil that was encompassed between the covers. Finn and Molly have a past that will haunt you when it unravels. The emotional aspect of the plot was more than what I expected. Very few people can overcome the ups and downs that face a couple in turmoil. Finn and Molly proved to be the exception to the rule.

As with most Devney Perry reads, I found myself transported into the lives of the characters that held my attention from cover to cover. Letters to Molly is definitely a heartwarming story that will test the limits of any broken heart. I cannot recommend it enough!! 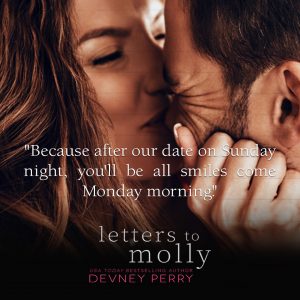