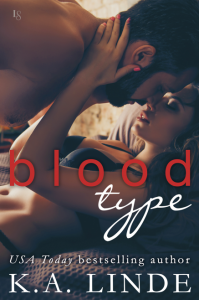 A startling new vision of paranormal romance: When a human ventures into the world of vampires—a decadent milieu of blood-bonds and betrayal—she discovers that not all is what it seems.

For Reyna Carpenter, giving up her body isn’t a choice. It’s survival.

In a civilization laid waste by poverty and desperation, Reyna accepts a high-paying position with the wealthy and hungry vampire elite. Her new job is as the live-in blood escort for the intimidating, demanding, and devilishly handsome Beckham Anderson. He’s everything she expected from a vampire, except for one thing—he won’t feed off her.

Reyna soon discovers that behind Beckham’s brooding, wicked façade lies a unique and complex man. And that, in a dark and divided world, she is more valuable than she ever would have believed.

For with each passing night, Reyna can’t shake the sensation that it’s Beckham who’s afraid of her. 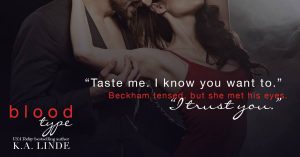 Can you imagine a world where vampires reign over the human race? A place where humans are living in poverty and barely surviving. One of the most controversial ways to earn a living is by becoming a blood escort for the vampire race. This ‘occupation’ is like a slap in the face to the human race. Having one of their own act as the lifeline to the vampires that are determined to reign over all of humanity.

With no job prospects in site, Reyna Carpenter knows that money is scarce for her family. No one wants to hire someone without a college education, and there are no funds to pay for Reyna to attend any such college. Feeling as though she can bring much needed income to the apartment she shares with her brothers, Reyna signs up to be a blood escort. During her induction, Reyna is pulled from the rest of the new hires and offered a special incentive. To become a donor for one of the most elite vampires…..Beckham Anderson.

Trepidation takes hold of Reyna’s thoughts, but she is determined to see this through until the end. A focus to help her brothers receive the life that they deserve. What Reyna quickly learns is nothing is as it seems. Like with Beckham is confusing and full of mystery. A combination that excites, frightens and sends thoughts swirling for Reyna. As Reyna quickly learns, appearances can be deceiving and life will never be as it was.

What an intriguing and complicated world KA Linde has created with Blood Type. A place where vampires reign supreme, and the human race is embroiled in an impending rebellion. There is mystery and danger lurking around the corner, and Beck and Reyna will find themselves smack dab in the center of it all.

The beginning of this book was definitely engrossing, and pulled me into this tale of a vampire dominant world. A place where the dynamics of society are the complete opposite of the world as we know it. Then the second half of the book hit me with a depressing let down. A confusing relationship that didn’t hold the addiction, tension or captivation that one experienced during the buildup of the plot. Reyna and Beckham did not hold the heat or romance that one would have expected based on the path that the author had led the characters towards. The plot didn’t seem as smooth and had a ‘choppy’ direction that really took away from the appeal of the story.

Then you will discover an ending that leaves you with more questions than answers. A realistic expectation given how the book ‘ended’. While most will find this paranormal romance appealing, I was left with a plot predictability that often times left me with the desire to rush through the ‘fluff’. The last paragraph pulled me back into the story though. Leaving me hoping that Beckham and Reyna have a bit of redemption of the romantic kind. So – I have my fingers crossed that all will pan out with the release of the next book.