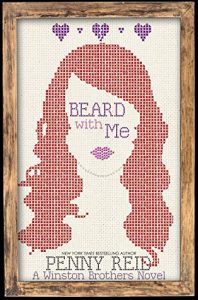 Beard With Me, an epic and breathtaking story from New York Times and Wall Street Journal bestselling author Penny Reid, is available now!

No one is better at surviving than Scarlet St. Claire and making the best out of circumstances beyond her control is Scarlet’s specialty. In an apocalyptic situation, she’d be the last person on earth, hermitting like a pro, singing along to her CD Walkman, and dancing like no one is watching.

No one is better at fighting than Billy Winston and raging against his circumstances—because nothing is beyond his control—is Billy’s specialty. In an apocalyptic situation, he’d be the first person on earth to lead others to safety, overcome catastrophe, or die trying.

Billy is fearless, Billy is disciplined, and Billy is honorable . . . except when it comes to Scarlet St. Claire.

‘Beard With Me’ is the origin story of Billy Winston and Scarlet St. Claire (aka Claire McClure) and is just the beginning of their epic love story. 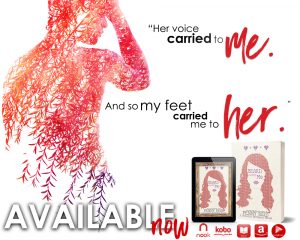 Nothing about Scarlet’s life in Green Valley is ‘ordinary’. As the daughter of an Iron Wraith member, Scarlet knows a thing or two about survival. In an effort to avoid her father, Scarlet finds herself living in harsh conditions, even during the best type of weather. All of the trials and tribulations are soothed whenever Scarlet is around the Winston family.

No one could imagine the responsibilities that go along with living in a large family, unless they experienced it. For Billy Winston – the task of helping take care of his siblings and act as the man of the house is a daily occurrence. With football, school, and a job – Billy is loaded down with tasks that the teen still manages to pull off with the appearance of ease. While the rest of the Winston household may seem to be in chaos, Billy always manages to show his resilience during the difficult times.

Billy finds that his arms of protection are now including Scarlet. Both know how deadly the members of the Iron Wraiths can be, and neither family is immune to the chaos that follows. With Scarlet determined to escape the tendrils that come with being Razor’s kid, Billy finds that he cannot help but want to shelter Scarlet from the storms. As with all things Winston, Billy knows that helping Scarlet may come with a price.

Be still my heart…….how do you lay out the details of Beard With Me without giving anything away?? I will start by saying that Penny Reid has taken her Winston Brothers series to an epic level. Nothing about this story is ‘ordinary’. The plot fills in missing years with the entire Winston family that fans have been dying to know. The result….an explosion of information that will grip your heart and take you on a ‘ride’ that sets the scene for many books to come.

There are so many hardships that family members of the Iron Wraiths have had to endure. Billy, Scarlet and the entire town of Green Valley are all too aware of the path of destruction that burns in the path of this band of bikers. The Winston family has tried to escape the tendrils of that life, but knows that it can change on a dime. Now Billy finds himself longing to extend his arms of protection to Scarlet.

Scarlet is unbelievable in this story. Her pain is unlike anything most individuals have experienced. Without either parent to protect her, Scarlet forages her way through the trials and tribulations of life at a very young age. Billy Winston wants nothing more than to give Scarlet the stability and protection that he feels at the Winston home. With everything that Scarlet has gone through, you can’t help but hope that Billy can be the shining light in the chaos of Scarlet’s life.

Did I mention Cletus?? Cletus…..oh Cletus…..you have stolen my heart once again!! There are tidbits of information about Cletus’ childhood that just ‘clicks’ when you reflect back on the man we have come to love in the series. The friendship that Cletus and Scarlet share in the story is endearing and warmed my heart.

Simply put…..you MUST dive into Beard With Me with your heart wide open. Soak up every nuance of the history in this novel. Penny Reid is a master of the written word, and this story only pushes that envelope even further. This story is a legacy of all things Winston, and it only pulls us deeper into the world of the bearded men of Tennessee that we have all come to love.