by Melanie Harlow
Also by this author: , ,
Also in this series: , , 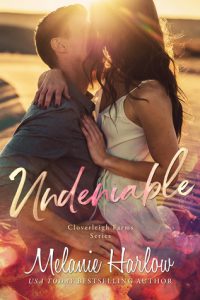 When we were eleven, Oliver Ford Pemberton dared me to jump off a barn roof. He said you couldn’t break a leg from a 12-foot-jump.

(You can also break a collarbone, which served him right as far as I was concerned.)

Because he had the nerve to grow up gorgeous, charming, and sexy. And as we got older, the dares only got dirtier—and the betting stakes higher—until finally, he left me in pieces. I swore I’d never talk to him again.

But twenty years after I took that flying leap, he’s back in my life, daring me to risk everything for him: my job, my self-worth, and my heart.

How many chances does love deserve? 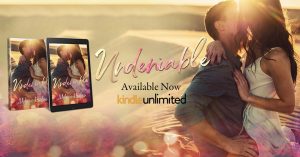 Growing up there is always that one person who pushes you to step outside of the comfort zone. For Chloe – Oliver was the soul mate that constantly dared her to take risks in life. From an early age the two were inseparable and that bond continued into their early adult years. Two friends who shared a connection that couldn’t be broken, until the moment their friendship was shattered.

Years have passed and Chloe is about to experience quite the shock from an announcement made by her father. With the thoughts of retirement in the forefront, Chloe’s father has arranged for Oliver to guide Chloe through the ins and outs of their family business. Per the arrangement, Chloe will have to spend a lot of time with Oliver to learn all that is required for producing a label that will be unique to Cloverleigh.

The announcement propels Chloe to face a past that is less than stellar where Oliver is concerned. With a tattered relationship, Oliver has a lot of making up to do if he wants to win back Chloe’s friendship. The only problem is Oliver’s habitual way of always screwing up things with Chloe. Determined to give in to the attraction, Oliver sets out to win Chloe over through their business venture. There is only one problem. Oliver has a secret of his own that is threatening to blow the entire deal that he has planned for the family business. Can Chloe salvage the remnants of their friendship and find a way to forgive Oliver?

Cloverleigh Farms is back in the spotlight with the latest book released by Melanie Harlow. As the second book in the series, Undeniable has found a way to upend its predecessor. Pulled into this tale of the good guy who slighted his childhood sweetheart, I really had my doubts about Oliver. I’ll admit, I wasn’t too keen on Chloe forgiving him for one single minute. Then Oliver’s plan to help the business came to light, and I found myself laughing and rooting for him after all.

Oliver has come a long way since daring Chloe to jump off the roof. Has he earned the ability to worm his way back into Chloe’s heart? Only time and a stellar road trip will reveal Oliver’s true intentions. So – hang on to the backseat, this ride is about to get pretty winding but it is definitely worth it!! Undeniable is a great addition to the Cloverleigh Farms series!! 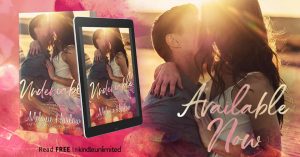