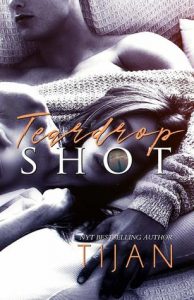 I asked for his criteria for bed buddies—that’s the PG version.
He swore at me and said he didn’t do groupies.

And just like that, our friendship was off to a great start.

Reese Forster was the starting point guard for the Seattle Thunder.
Gorgeous. Cocky. Loved by the nation.
He’s also attending preseason basketball training camp where I used to work.

Correction: where I work again, because I was fired from my last job.
And dumped.
And I might have a tiny bit of baggage, but that’s normal. Right?

I’m adorably psychotic.
He’s in the NBA.
This is not a disaster waiting to happen, at all.

Who could imagine getting dumped via your boyfriend’s grandfather and then have him proposition you immediately after? Charlie personal life is in shambles and this rebound romance did nothing to help her lack of faith in herself. To add further insult to injury, Charlie finds herself jobless at a time when every dollar counts. With a blast from the past making an appearance in her life again, Charlie heads to a place that she never imagined she would visit again.

Determined to make a change will bring Charlie full circle. A job opening at the camp that she once worked for will now be the place Charlie calls ‘home’ once more. With the secrecy swirling around who booked the camp for the duration of Charlie’s stay, the curiosity only grows with each NDA or sudden change in the operations. When the inhabitants of the camp make their appearance, Charlie doesn’t quite know how to hold in her inner fan girl.

With a string of drama following Reese on the court, the superstar player was intrigued by the psychotic girl that was working the gym at the camp. Determined to keep his focus on the game, Reese can’t stop for distractions. What Reese didn’t count on was the ‘craziness’ that came out of Charlie’s mouth intriguing him so much. Nothing about Charlie was predictable, and Reese enjoyed every moment of her quirkiness. Slowly a friendship began to form between the two and nothing would ever be the same for either of them.

What can I tell you about Teardrop Shot? First – let me confess I faltered at first on the idea of another basketball romance novel. Then I realized Tijan was the author, and everything that is churned out from this author has such a unique quality to it that I simply had to uncover what was lurking between the covers. Charlie is NOTHING like you would expect from a typical character. Her quirks would leave me giggling hysterically. You couldn’t help but root for her to have better luck in the romance category.

Reese is nothing like I expected a basketball star to act like. His life was just as crazy as Charlie’s, and the chaos was a perfect ‘neutral ground’ for the two. Teardrop Shot was a wonderful journey into the hardships of life, and the chaos that can trickle down from those moments. Charlie and Reese were fractured souls that desperately needed a strong shoulder to support them during the difficult times. Even if you are NOT a fan of sports romance novels, make sure you pick up Teardrop Shot!! It is definitely worth a trip down the court. 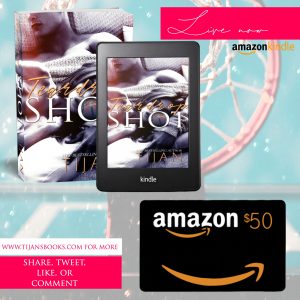