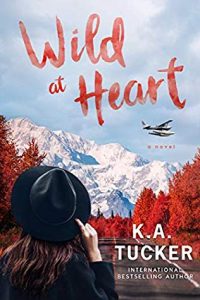 From the internationally best-selling author of The Simple Wild comes the continuation of a woman’s journey to Alaska and a life she never imagined for herself.

Calla Fletcher returns to Toronto a different person, struggling to find direction and still very much in love with the rugged bush pilot she left behind. When Jonah arrives on her doorstep with a proposition she can’t dismiss, she takes the leap and rushes back to Alaska to begin their exciting future together.

But Calla soon learns that even the best intentions can lead to broken promises, and that compromise comes with a hefty price—a log cabin in interior rural Alaska that feels as isolating as the western tundra.

With Jonah gone more than he’s home, one neighbor who insists on transforming her into a true Alaskan, and another who seems more likely to shoot her than come to her aid, Calla grapples with forging her own path. In a world with roaming wildlife that has her constantly watching over her shoulder and harsh conditions that stretch far beyond the cold, dark, winter months, just stepping outside her front door can be daunting.

This is not the future Calla had in mind, leaving her to fear that perhaps she is doomed to follow in her mother’s fleeing footsteps after all. 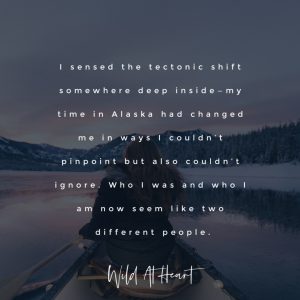 Calla never imagined how much her life would change once she moved to Alaska. After leaving Jonah behind once her father passed away, Calla quickly realized that her bush pilot meant more to her than she realized. Determined to put down roots in the Alaskan wilderness, Calla discovers there is more to living on the outskirts than meets the eye.

Finding the perfect home would take time for anyone, but Jonah has located the perfect fixer upper in the wilderness. Calla quickly understands that Jonah is dying to return to the skies. With the task of remodeling the cabin that the couple calls home, Calla finds that living in the wilderness is more isolating than she ever imagined. Life without Jonah just isn’t an option, but where does Calla turn when trying to discover her place in the wilderness?

As a sequel to The Simple Wild, KA Tucker delves into the journey of Calla’s journey into the next chapter of her life. Wild at Heart will leave readers anticipating the nuances of life in the Alaskan wilderness. Calla and Jonah’s journey will leave you smiling, shedding a few tears, and rooting for a fictional couple that manages to pull at your heartstrings. Following Calla through the wilderness exceeded my expectations. A great addition to the series! 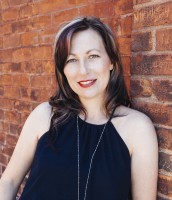