When the director of a local mental health hospital is found murdered and mutilated, Homicide Detective Reed Davies is first on scene. What was done to the body is gruesome. Inexplicable. But Reed is dealt another curveball when he finds that the doctor who discovered the victim is someone Reed is intimately familiar with—a woman with whom he shared one passionate night weeks before.

Dr. Elizabeth Nolan is somehow tangled up in the crime, and even while Reed must now question her possible involvement, he can’t help being drawn to the beautiful, enigmatic woman.

As more bodies appear and the devious killer terrorizes Cincinnati, a shocking connection begins to emerge, one that not only involves Dr. Nolan, but Reed himself. A connection more twisted and elaborate than he can imagine. Now Reed must hunt the monster down, a killer who will stop at nothing to see his diabolical plan to its final, deadly conclusion.

The follow-up to Where the Blame Lies— Where the Truth Lives is a gripping, page-turning, romantic thriller that will leave you gasping for breath.

Life certainly can run in circles. The cause and effect that exists between events that shape our lives can lead us down uncharted paths. For Reed – his one-night stand would become front and center when he began a murder investigation at a hospital. The doctor that found the murdered individual was none other than Liza.

As the intricacies of this murder start to unfold, Reed can’t help but to find himself drawn to the woman who seems to be at the center of the investigation. Secrets begin to unfold that connect Liza and Reed to the case in more ways than one. What will Reed uncover as his investigation takes him through the darkness?

Where the Truth Lives is the latest release from Mia Sheridan, and it will definitely have readers ‘talking’. This book has all the elements of a romance, but that genre is combined with a thriller that will leave you guessing about the plot with each turn of the page. A novel that reads like a true crime documentary. I recommend reading Where the Blame Lies prior to starting this book. Some of the elements that crossover will be confusing without that connection.

While Where the Truth Lives is not the traditional romance you expect when hearing Mia Sheridan’s name. Tackling the thriller or suspense genre is something that I believe we will definitely see more of from Sheridan in the future. Add this novel to your collection today!! 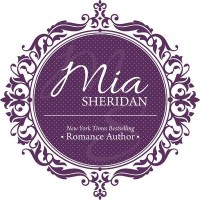