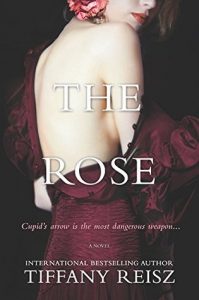 USA Today bestselling author Tiffany Reisz returns to the world of The Red with an imaginative sequel full of lust and magic, and the dangers unleashed when the two are combined…

Realizing the true power of this ancient and dangerous relic, Lia is even more wary of giving it up, though August insists it is only safe with him. He’s willing to pay the full value of the cup, but Lia has another type of trade in mind. One that finds them more tangled up in each other—and in fantasy—than either was prepared for. 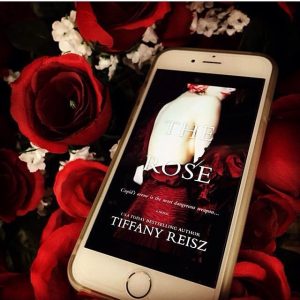 Birthday’s are a time of celebration and reflection. For Lia – a gift from her parents intrigues the recent university graduate. The stunning gift is a wine cup decorated with roses that captures not only Lia’s eye but that of another unexpected guest. August Bowman is friends with Lia’s parents, but also someone that knows more about the cup than he initially lets on.

Knowing that August is an avid art collector, Lia has a hard time believing everything the handsome stranger shares with her about the Rose kylix. With doubt and uncertainty fueling Lia’s thoughts, there seems to be another feeling that the birthday goddess didn’t expect. As August tempts Lia to live out her fantasies through the kylix, she discovers that she is growing more attracted to August by the moment. A realization that only fuels Lia’s desire to explore all the Rose kylix can offer.

Just as Eve was tempted in the Garden of Eden, Lia finds herself drawn to the idea of stepping back into the roles of some of the most salacious times in mythology. With August as her tour guide, Lia decides to discover the nuances of her deepest desires while delving into the greatest love stories in Greek Mythology. Will Lia offer her prized gift from her parents to August? What other secrets are lurking around the kylix and her family’s role in history?