New Orleans, four months after the events of THE QUEEN…

Søren has been suspended from the Jesuits for a minimum of one year after confessing to fathering a child. To say he’s struggling with his newfound freedom is an understatement.

Kingsley is about to be a father again and is convinced something very bad is about to happen. Nerves? Or is he right that the time has come for the Sinners to pay for their sins?

And if things couldn’t get worse, a handsome private detective shows up and tells Mistress Nora that a priest has just committed suicide, and she was the last person he tried to call. He would like to know why…

She doesn’t know, but Nora and her new detective friend will turn over the city to find out, meeting liars, vampires, and witches along the way. When she finds what she’s looking for, she may wish she’d never stepped foot in New Orleans.

Nora has found a new life in New Orleans. This time ‘after Soren’ is full of promises for the future. Kingsley and Juliette are expanding their family, and Nora couldn’t be happier in her role as Aunt Nora. While planning for the newest arrival to the Edge family, Nora can’t help but reminisce on the life she has led with Soren and Kingsley. So many events have led them to this place in life.

When a private detective show up with questions about a murder, Nora finds herself inadvertently drawn into this chaos. With questions that lack answers, Nora can’t help but feel pulled to the mystery that followed her via business card. Nora and the detective scour the streets of New Orleans to uncover the mystery surrounding a priest’s death. Vampires, Witches, and dungeons will lead Nora on a journey that will delve into the depths of her own delicate heart.

The Priest is the latest book in the Original Sinner series. As the sequel to The Queen – The Priest pulled me back into the lives of my favorite Sinners. Kingsley, Nora, and Soren all play a part in this saga. Each adding a layer to the journey that Nora finds herself embarking upon. While the novel is a standalone, I cannot stress enough how important reading the rest of the series can be. So many nuances are involved in the past books between Nora, Soren, Kingsley, and Juliette.

While the book is titled The Priest, our beautiful Soren is NOT the Priest that is referred to in the title. Nora’s adventures will involve a Priest, a mystery, and a self-reflection that will change how this Sinners head into the future. Simply put……I loved this book!! I can never get enough of Soren, Nora and Kingsley!! 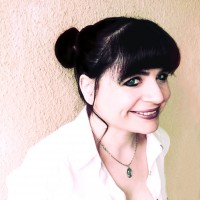