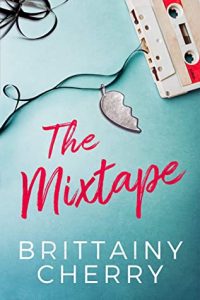 Since the death of his twin brother, Oliver’s caught between pleasing his fans and finding himself. Emery finds him first.
Emery has never felt more alone. Raising her daughter is both her pleasure and her pain as she struggles to hold on to her job as a bartender and keep a roof over their heads. With no one to help them—no support system—any unexpected expense or late bill could turn their whole world upside down.
Reeling from the death of his twin brother and bandmate, rock star Oliver Smith is trying to drink his problems away. Apparently he isn’t very good at it; they follow him wherever he goes. Also in hot pursuit are the paparazzi, who catch Oliver at his lowest low.
He could have walked into any bar in California, but he walked into hers. Emery helps Oliver lose the crowd, and they find themselves alone: two people whose paths are marked with loss and pain. However, they hold an unshakable hope for healing. They find solace together, but can their love withstand the world?

There is nothing greater than the bond between twins. For Oliver – the loss of his brother was insurmountable. The duo wasn’t just a pair of siblings, they shared the spotlight as part of a chart-topping band. Oliver’s grief was under constant scrutiny in the eye of the public. A suffocating combination that sent Oliver into a spiral of despair.

Crossing paths with Emery, Oliver finds himself drawn to the one person that seems to be able to make him forget all the pain. Emery is going through her own struggles as a single mother trying to make it one day at a time. With the patience and calmness that Oliver seeks in the chaos, Emery has become a lifeline that Oliver is struggling to hold on to.

Emery loves working in Oliver’s household. Each day is a new adventure for her battered and bruised heart. What Emery didn’t expect was to find a sense of calm whenever Oliver is around. This Rockstar is more than meets the eye and Emery knows that Oliver’s pain is a reflection of what she has endured in her own life. Can these two find a way to look beyond the chaos and focus one what speaks to both of their souls?

The Mixtape is the latest release from Brittainy Cherry. It is a touching story of two broken souls that find their way to one another through the chaos. Both have endured such hardships, but the journey to discovering their soul mate was worth the heartache. As always – Brittainy Cherry has penned an emotional read that will leave you glued to the pages until the very end. 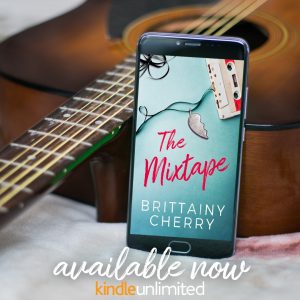