by Amy Harmon
Also by this author: , , 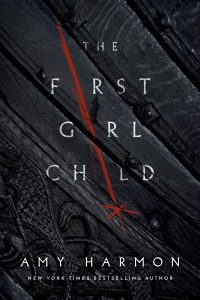 From the New York Times bestselling author comes a breathtaking fantasy of a cursed kingdom, warring clans, and unexpected salvation.

Bayr of Saylok, bastard son of a powerful and jealous chieftain, is haunted by the curse once leveled by his dying mother. Bartered, abandoned, and rarely loved, she plagued the land with her words: From this day forward, there will be no daughters in Saylok.

Raised among the Keepers at Temple Hill, Bayr is gifted with inhuman strength. But he’s also blessed with an all-too-human heart that beats with one purpose: to protect Alba, the first girl child born in nearly two decades and the salvation for a country at risk.

Now the fate of Saylok lies with Alba and Bayr, whose bond grows deeper with every whisper of coming chaos. Charged with battling the enemies of their people, both within and without, Bayr is fueled further by the love of a girl who has defied the scourge of Saylok.

What Bayr and Alba don’t know is that they each threaten the king, a greedy man who built his throne on lies, murder, and betrayal. There is only one way to defend their land from the corruption that has overtaken it. By breaking the curse, they could defeat the king…but they could also destroy themselves. 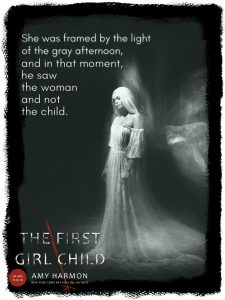 Sometimes a book will cross your path that leaves you wondering how to write a review without spilling the secrets hidden between the covers. Anytime I pick up an Amy Harmon book, I get that feeling that I might gush so much I will ruin the nuance for other readers. No matter the genre, Harmon expresses her writing style with such finesse and creativity. There really isn’t a genre that Harmon tackles that doesn’t lead me into a world of beauty, connectivity, and the treat of such amazing characters.

The First Girl Child leads readers into a world that has been cleverly crafted around Norse mythology. The time frame spreads out for more than 20 years. Saylok wasn’t just a Kingdom on paper. Harmon wrote this story in a way that made the fantasy as believable as any reader could imagine. The secondary characters felt just as important as the main characters in the novel, a feat that isn’t easy to create. This tale set in a time of kingdoms, curses, and magical powers will lead you to uncover just how important loyalty and devotion is to your life. 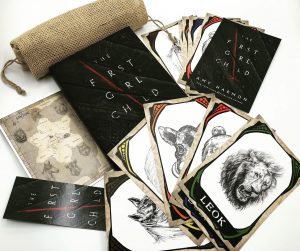