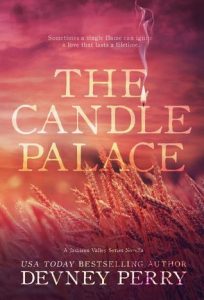 Sometimes a single flame can ignite a love that lasts a lifetime.

Milo Phillips knows the meaning of pain. Suffering through the most intense physical agony of his life, he’s confined to a hospital bed to bear it alone. More than once, he wishes he’d died in the explosion that melted and mangled his skin. Darkness consumes him, snuffing all the joy in his life and leaving an empty hole in its place.
But one day, a flicker of light sneaks into his hospital room, driving away some of the hopelessness. For the first time in months, pain isn’t all he feels.

The flicker’s name is Sara Foster, his new nurse. Milo just hopes that Sara can see past his scars. Because underneath, his heart has begun beating again just for her. 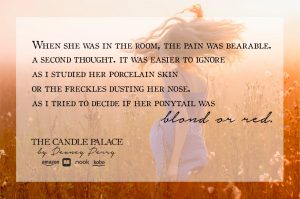 There are times when fate plays a huge part in placing you at a defining moment in your life. For Sara – working as a nurse in the burn unit weights heavy on her heart. The empathy that Sara exudes for her patients goes far beyond a time clock. Each person’s rehabilitation extends beyond the painful treatments and scars. Sara wants nothing but the best for each of her patients during their time in the burn unit.

One patient that entered the hospital for treatment would eventually lead Sara on a path that she never thought possible. Milo had injuries that left even the most experienced nurse struggling to deal with his treatment. With painful steps necessary to treat his burns, Milo found himself looking towards the nurse who had become the savior in the darkness. As the nurse and patient found themselves thrown together through the pain and treatment, an attraction began to grown although it was considered unethical. Where would their paths lead through the sorrow and pain?

Returning to Jamison Valley is always a treat for the senses and the heart!! Sara and Milo’s story is one that will touch your soul. The tragedy that has brought the two together was written in a way that will make you believe you are privy to their interactions. I found myself absorbed in every nuance of the pain and attraction. Milo truly was the epitome of a soul mate for Sara, and this novella captures every aspect of that touching time when their love was just beginning.

Simply put – the Candle Palace is a wonderful compliment to a series that tugs at your heart strings. This novella was a great addition that gave depth to the story of how Sara and Milo began their romance. I love every story that involves the residents of Jamison Valley, but Sara and Milo have definitely pushed to the top of the list! 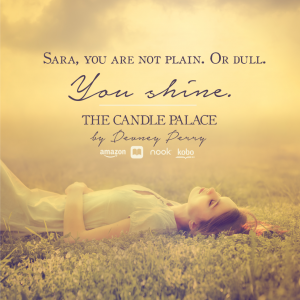