by Pepper Winters
Also by this author: , ,
Also in this series: 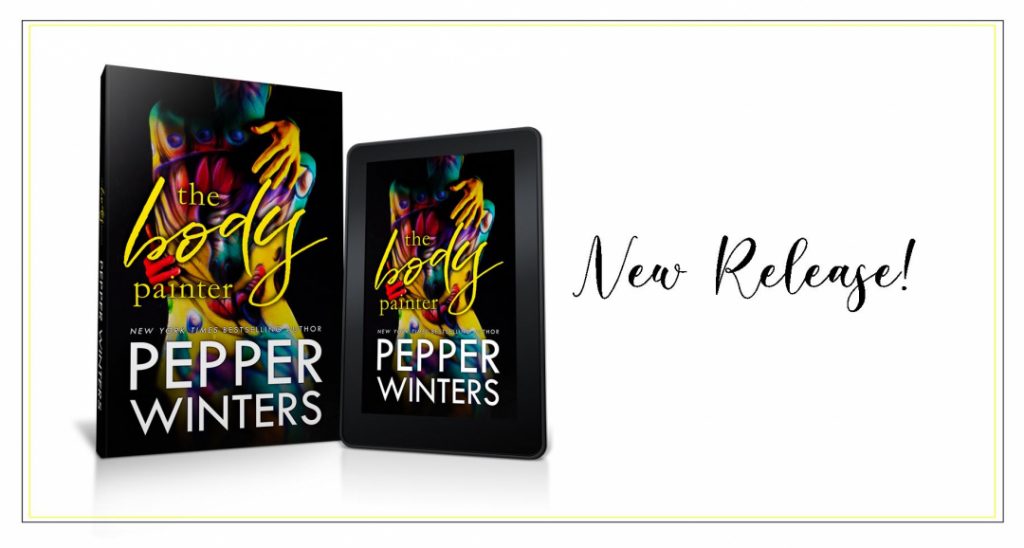 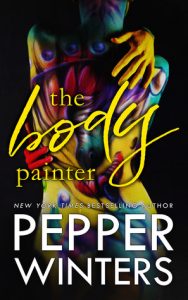 “Must be slim, able to stand for long periods of time, and be impervious to the cold.”

The headline caught my attention.

The second line piqued my curiosity.

“Able to hold your bladder and tongue, refrain from opinions or suggestions, and be the perfect living canvas.”

The third made me scowl.

“Other attributes required: non-ticklish, contortionist, and obedient. Must also enjoy being studied while naked in a crowd.”

The fourth made me shudder.

“Call or email ‘YOUR SKIN, HIS CANVAS’ if interested in applying.”

The final made my heart race.

I should’ve kept scrolling past the advertisement.

I should’ve applied for the boring receptionist job at minimum wage.

I should’ve clicked on any other job where I got to keep my clothes on.

My interview is tomorrow… 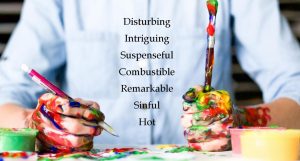 There are people that come into your life at monumental times. For Olin, the pain of losing the dream that she held close to her heart is taking its toll. With very little in the way of job prospects, Olin finds herself desperate to find a way to simply pay the bills. Then fate seemed to intervene, an ad that held the hope that Olin would pull through her troubled times and secure a job that would bring her out of the darkness.

Little did Olin know that this job advertisement would land her face to face with an important element from her past. Gil was the boy that held Olin’s heart during their childhood years. From the darkest to the happiest moments, Gil and Olin were inseparable during most of those memories. That was until Gil dropped Olin like a bad habit. For Olin – there was no warning or explanation for Gil cutting her out of his life, only and emptiness that has carried Olin through adulthood.

This one advertisement for a model has brought the past crashing into the present, but at what cost? Gil is harboring secrets that threaten Olin’s safety. With their past serve as a tragedy that extends well into the future? Only time will tell just how fractured these two souls have become.

Whew!! Talk about the unexpected!! I am going to admit that I stayed away from any descriptions, videos, or other sneak peeks into what would be laid out between the covers of the Body Painter. Why? Simply put….anytime I know Pepper Winters has written a new book I want to make sure I go in ‘blind’. The goal for me is to have a blank slate with absolutely ZERO expectations where the plot and characters are concerned. That is exactly what happened for this long awaited novel.

In the beginning, I found myself struggling to get to the meat and potatoes of the plot. I had an idea about some of the twists that I thought MIGHT happen, but wasn’t sure the direction of the story. With an alternating storyline from past to present, The Body Painter transports you into the relationship between Gil and Olin. I found myself yelling at them to ‘get on with it’ so I could figure out all the turns that I was gauging with the plot. Was my guess correct? On a couple of things, but there is a LOT of twists and turns that are yet to unravel in this tainted tale of long lost love and sacrifice.

Olin and Gil have such a heartbreaking past. Both are living in anguish over the way that their relationship was severed so long ago. There were times that I found myself fretted with the way Gil handled the life altering events from the past, but how can I blame a boy for trying to find his way out of a situation that was beyond his control? One thing is certain; the last quarter of this book is full of epic revelations and situations that left me wanting more answers. The Body Painter isn’t what you expect in a romance, but it provides everything that you didn’t realize you desired. This journey is one that you will have to experience for yourself. I know I will be impatiently waiting for the conclusion to Olin and Gil’s story myself!!