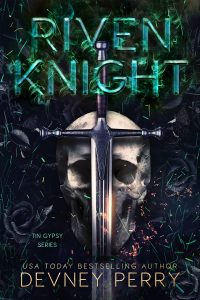 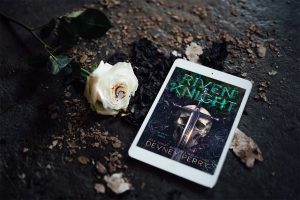 Genevieve knows a thing or two about having your life turned upside down. With a heart filled with grief at the death of her mother, Genevieve is now faced with the shock of meeting a family that was unknown to her. With a murderer on the loose, Genevieve is overwhelmed in the face of the chaos surrounding her mother’s death. More questions than answers are the cloud that hangs over Genevieve during one of the most difficult times in her life. There is a bright light through the darkened skies, and it comes in the form of a man that Genevieve knows very little about.

Isaiah is trying to rebuild his life after a stint in prison. The biker knows just how difficult it is to see through the darkness, and he is determined to help Genevieve through her struggles. As the chaos unravels from the former Tin Gypsies reign, Isaiah offers to help Genevieve the only way he knows how. With a trip to City Hall, the duo weds in a secret ceremony. As the duo tries to keep their marriage under wraps, the perils of Genevieve’s mother’s death finds a way to creep back into their lives. Where will the chaos lead in the quest to uncover the truth?

Get ready to return to life in the shadows of the Tin Gypsies. Isaiah and Genevieve are pulled into the chaos of the former biker club. A tragedy has managed to uproot all of the progress that was made to lay the turmoil from the past to rest. If a murder, trial and discover of a ‘new’ family wasn’t enough to send Genevieve running for the hills, then the pull of a marriage to a man she hardly knows might be the trick. One thing is certain, nothing will be the same until this mystery unfolds.

Riven Knight will lead fans of the series on another journey of discovery and secrets. This series is definitely one that unfolds bit by bit. So – make certain you read the books in chronological order. Devney Perry has created quite the unique setting for this group of tattered characters. It’s a world that breathes new life into a trope that will leave you desperate to learn more about the lives of this interwoven characters. I loved every single moment of Isaiah and Genevieve’s journey, and can’t wait to see what is in store for Presley with the next book!!!