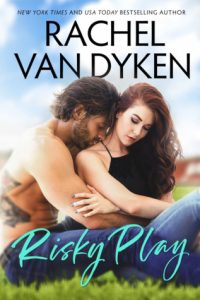 What else can a virgin do when she’s ditched at the altar? Seattle heiress Mackenzie Dupont is treating herself to a single-girl honeymoon in Mexico and a desire to relinquish her innocence to a gorgeous one-night stand. Fake names. True pleasure. But when she wakes up alone, Mackenzie realizes just how much anger is left in her broken heart.

Suffering a tragic personal loss, pro soccer player Slade Rodriguez has his reasons for vanishing without a goodbye. Right or wrong, he’s blaming the beautiful and infuriating stranger he never wants to see again. They’re both in for a shock when Mackenzie shows up as his new personal assistant. And they both have a lot to learn about each other. Because they share more than they could possibly know, including a common enemy who’s playing his own games. And he’s not afraid to get dirty.

Now there’s only one way Mackenzie and Slade can win: to trust in each other and to stop hiding from the lies they’ve told, the secrets they’ve kept, the mistakes they’ve made, and the attraction that still burns between them.

Read for FREE in Kindle Unlimited 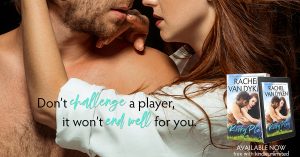 Every bride dreams of what her wedding day will entail. The furthest thing from one of the most memorable moments of your life is the possibility of being left at the altar. For Mackenzie – her life was a culmination of memories that led to this moment. Nothing could have prepared Mack for her groom to walk out the door when he should have said ‘I Do’.

With the embarrassment of her failed nuptials plaguing her every moment, Mackenzie decides to show a little streak of rebellion by heading to the honeymoon destination all alone. Nothing could have prepared Mack for the moment that she would question everything that transpired in her life. An unusual journey led Mack to cross paths with Slade. Unbeknownst to Mack, Slade was escaping his bad boy image in the world of soccer. Leaving the handsome stranger on a quest for a little bit of soul searching of his own.

Determined to have the adventure of a lifetime, Mackenzie decided to throw caution to the wind where this trip was concerned. Armed with a fake name to ensure her privacy once she left paradise, Mackenzie embarked upon her adventure with Slade as the focus of her quest to shed her good girl image. Slade was fighting his own demons and decided Mack might provide him with the distraction that he was longing for. That one night would end up changing both of their lives in more ways than one.

Risky Play was unlike any novel that Rachel Van Dyken has penned to paper. An unfortunate set of circumstances that led Mackenzie to the tropical island that would lead her to cross paths with Slade. Two completely different characters that will find their lives interchanged in more ways than one. The quirkiness of Mack’s character was unexpected, and at times hard to imagine. However – those qualities made the story pull me in deeper the further I read.

Nothing about the encounter that Slade and Mack experienced will lead you to believe how their paths cross once more. A story that left me laughing, shaking my head, and rooting for a couple that clearly needed someone in their corner through the good times and the bad. Risky Play was definitely nothing that I expected from reading the blurb, but couldn’t tear myself away from even if I tried. I can’t wait to see what is in store for the rest of the series!! 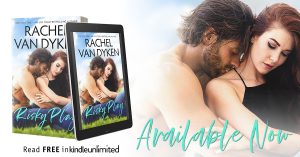