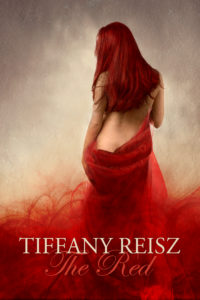 Mona Lisa St. James made a deathbed promise that she would do anything to save her mother’s art gallery. Unfortunately, not only is The Red painted red, but it’s in the red. She soon realizes she has no choice but to sell it.

Just as she realizes she has no choice but to sell it, a mysterious man comes in after closing time and makes her an offer: He will save The Red if she agrees to submit to him for the period of one year.

The man is handsome, English, and terribly tempting…but surely her mother didn’t mean for Mona to sell herself to a stranger. Then again, she did promise to do anything to save The Red…

Desperate times call for desperate measures. An unexpected ’gift’ presents itself to Mona in the most unique way. A mysterious stranger offers Mona a proposition unlike any other. The opportunity to save The Red, but it will come with a price. Mona must agree to give Malcolm her complete submission. One year is all it takes to save her beloved gallery. The cost? Complete and utter submission to any and everything that Malcolm desires.

Expect to be transported into a world that you wouldn’t expect when entering The Red. It’s taboo and tantalizing. A journey unlike no other. Tiffany Reisz definitely put her signature spin on this book!! This book will definitely push boundaries with some readers. For others it will leave you wanting more. A fantasy world that is full of lust and passion. The ending…..it was definitely abrupt. One thing is certain, The Red will definitely have you talking!! 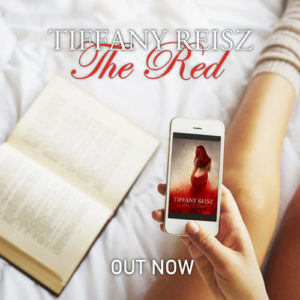