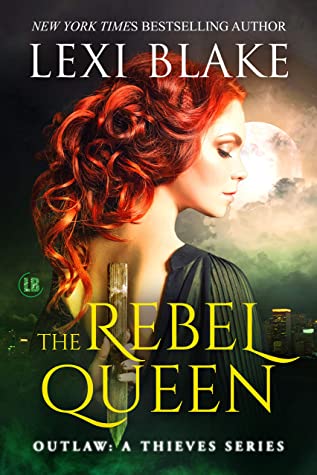 From New York Times and USA Today bestseller Lexi Blake comes a new novel in her Thieves world…
After returning from the outer planes, Zoey expected a joyous reunion with family and friends. She couldn’t be more wrong. Her kingdom is in the hands of Myrddin, her friends are on the run, and her children are being hunted by the supernatural world. But that isn’t the worst of it. They aren’t just outlaws—they are fully grown adult outlaws.
In the four days that passed while they were gone, twelve years have passed at home. Now Zoey, Danny, and Dev find themselves in the middle of a new war where they are hunted by old foes and former allies…some they could never have imagined would turn against them.
As Myrddin’s plan becomes clear, Zoey realizes she just might hold the key to stopping him for good and reclaiming their kingdom. Doing so means risking it all to steal back an artifact out from under the wizard’s nose. The fate of everyone on the Earth plane hangs in the balance, and one wrong move could cost Zoey everything she loves.

The Rebel Queen is the latest release in the saga that surrounds Zoey, Danny, and Dev. These characters have entranced us in the Thieves series, and now a new chapter begins with the first book in the Outlaw series.

In their absence, Myrddin has taken over the realm and left nothing but havoc in his wake. Danny, Zoey, and Dev discover their children are now rebels fighting for their very lives. So many others that were trusted allies to the King and Queen are no longer living. The entire kingdom has suffered in their absence.

The trio finds this trip back to reality more shocking by the moment. Rhys, Evan, and Lee are now adults. Those childhood memories are a distant memory for the children, but only a few days in the past for the adults. The fight to gain back the kingdom is riddled with uncertainty and broken relationships. Defeating Myrddin is the only way to gain back the crown, but what are the costs involved in a world that is now foreign and unfamiliar.

Rebel Queen is full of stories just waiting to be told. There are plenty of questions that remain unanswered. The Outlaw series is off with a bang and only hints of exciting revelations to come. When stepping into the world that surrounds Zoey, Danny, and Dev – I always find myself glued to the pages of my reader. Rebel Queen was no exception!! I can’t wait to learn what happens next!! The fight between the Heaven, Hell, and Earth planes is heating up and everyone is fighting to come out on top. 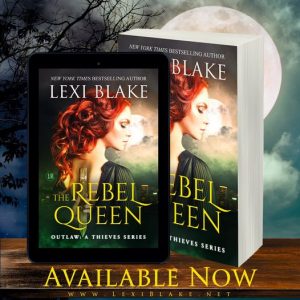