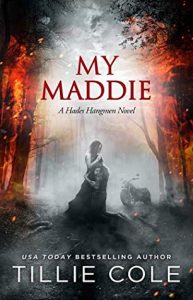 Not even love can conquer the demons of our pasts…⁣
⁣
Flame and Maddie have found solace and safety in one another’s arms, two fractured souls beginning to heal. But no matter how strong their love grows, it can never completely vanquish the demons of their pasts. These demons are dormant, not defeated.⁣
⁣
Now a new enemy threatens the Hangmen, and a new revelation threatens the peace Maddie and Flame hold so dear. Flame is fighting a multitude of wars – against the club’s new foe, against the horrors of his past, and against his fears – but the fire in his blood may be the only victor.⁣
⁣
As Flame begins to spiral into his own personal hell, it is up to Maddie to bring her husband back into her heart. To remind him that, together, they can face any obstacle standing in their way. To show him that no one and nothing can tear them apart again. 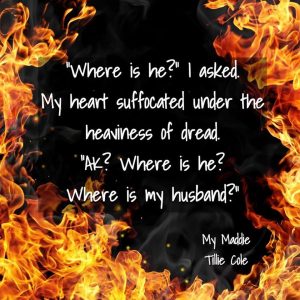 In true Hangmen style, the brotherhood is back with an interesting turn of events. Flame has always been tormented from the demons of his past. Lately – the biker finds the flames burning hotter under the surface of his skin. The only solace for Flame is his wife Maddie. Just her presence can cool the ‘calling’ that Flame just can’t seem to escape.

As a new threat creeps into the compound, Flame finds that even his love for Maddie can’t seem to push down the call of those demons. When Maddie confesses a secret that she has kept hidden from Flame, the biker finds his fears escalating to an unprecedented level. Maddie always had the ability to calm the chaos for Flame in the past. Why isn’t her touch pulling Flame from the brink of his pain? One thing about the Hangmen is their devotion to family. Maddie knows she cannot save Flame without the help of those that look towards Flame as a brother. Can the Hangmen save their brother that can’t even stand human contact??

I always love a new chapter in the Hades Hangmen saga!! My Maddie is the latest installment in the series, and it definitely will leave fans of the series swooning from all of the action. Maddie and Flame find themselves dealing with a huge situation that will alter the lives of the entire club. Flame is no stranger to danger, but when he is faced with the uncertainty of Maddie’s secret his strength will begin to crumble.

While Flame deals with the demons from the past, Maddie tries to find a way to pull all of her family together to face all of the obstacles headed their way. In addition to Maddie and Flame, fans of the series will be delighted to dive into chaos surrounding Ash and Viking. Nothing in the Hangmen universe is without some type of turmoil waiting beneath the surface, but My Maddie will delight Flame followers all the way to the last turn of the page. This novel is another layer into the chaos that surrounds the intriguing world of the Hangmen. I can’t WAIT to see where the path for these rugged souls will head to next!!