My daddy warned me never to fall for a boy like Jace Jacobs . . .
The second I saw him walk through the door, I knew he was trouble.
A gorgeous rebel with a bad attitude and a huge chip on his shoulder.
My heart warned me. I didn’t listen. I saw something protective and good beneath the fierce, tough exterior.
I fell hard and fast.
He promised we’d be together forever, and then left me with a broken heart.
Now, ten years later, Jace Jacobs is standing at my door.
Sexier than he’s ever been.
Provocative and commanding.
Successful and powerful.
The man I always knew he would become.
But I promised myself I’d never lose my heart to him again.
Even time couldn’t dim our chemistry. One glance of his intense eyes, and I become weak. One brush of his hand, and he brings me to my knees.
Little do I know, Jace holds the key to everything I’ve lost and everything that threatens my future.
Now he will either save me, or he will break me all over again . . .
More of You – a Confessions of the Heart second-chance, stand-alone romance

Purchase More Of You on Amazon !!

How many times has a ‘good girl’ fallen for the bad boy of the neighborhood? For Faith – the moment she first set eyes on Jace, it left an impression on her heart.  An attraction at an early age that carried the two through their teen years. Jace always managed to put his family first, while still maintaining his devotion for Faith. Nothing for Jace was ‘easy’….in fact, no one could have imagined the things that he went through to keep his brother safe from harm.

No matter how much Faith tried to shower Jace in love, he always felt that his devotion was weighing Faith down. A fact that led Jace to break up with Faith at the most unexpected of times. It’s a day that Faith will never forget. Now –  ten years have passed and Jace and Faith are once again thrown together by circumstances. Faith has lost her husband, and is being threatened by the secrets that haunt the two from the past.

Jace’s return isn’t just a stroke of dumb luck. In fact, Jace has come back into town with the sole purpose of keeping Faith and her daughter safe from harm. What Jace didn’t count on was his attraction to Faith taking precedence over everything. A feeling that pulled Jace like a magnet to the girl that still haunts his dreams. With the threat to Faith & her daughter hanging over their heads, will this duo find a way to over the heartache and pain from years ago?

What a compelling and touching romance!! More Of You is an unforgettable second chance romance that will leave you on the edge of your seat. It’s a story of second chances that will leave you desperate to know more about Faith and Jace. Their chance to reconnect after years of uncertainty and heartache will leave you rooting for them from the very first chapter. So much has happened to keep these two apart, but through it all there is a deep devotion that is just waiting to come to light. AL Jackson has written an emotional and intriguing romance that is sure to be a pleasure for any lover of romance! 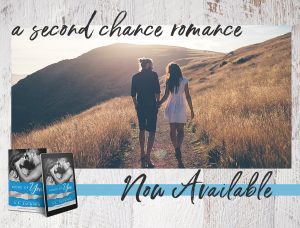 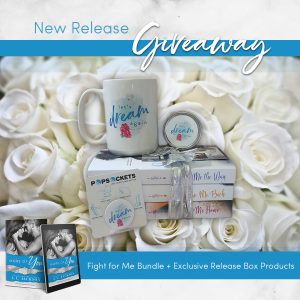 Don’t miss the adorable giveaway for the More of You release!

It’s a Fight for Me Bundle + the EXCLUSIVE products from my MORE OF YOU release boxes!

One Response to “New Release & Review: More Of You by A.L. Jackson plus GIVEAWAY”