by Melanie Harlow
Also by this author: , ,
Also in this series: , 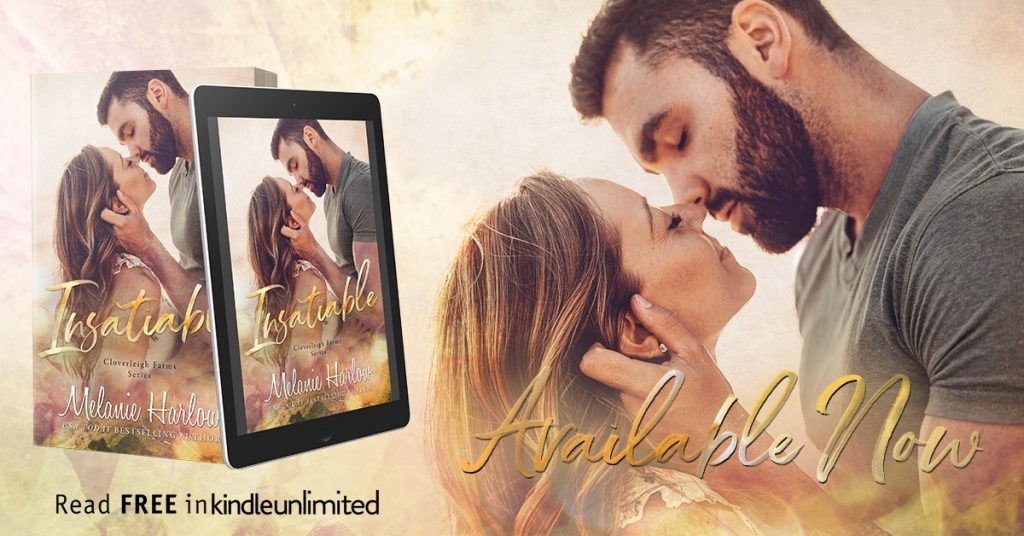 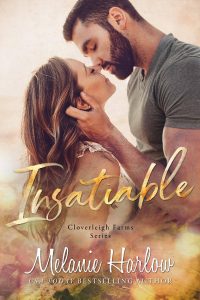 I didn’t mean to see him naked–it was an accident.
It had to be, right?
Because Noah McCormick and I have never been anything more than friends. In all the years I’ve known him, he’s never once laid a finger on me. And even though he was a cute lifeguard at 16 and a hotter-than-hell sheriff’s deputy at 34, he’s always been that protective guy I could trust to keep his hands to himself. I never wanted to mess with that.
Until I walked in on him getting out of the shower and saw his hard, muscular body totally bare and dripping wet. At that moment I never wanted to mess with anything so badly in my entire life.
I should have covered my eyes. Said I was sorry. At the very least, I could have handed him a towel.
After all, I was only in town for a few days, and he was just doing me a favor by escorting me to my sister’s wedding. It wasn’t a real date.
But I didn’t apologize. And he didn’t cover up.
(Talk about a hot mess.)
After all those years of being just friends, suddenly we’re insatiable.
He’s made it clear he’s not interested in romance. Which is fine with me because
I’ve got a plane ticket back to my real life at the end of the week.
It’s all in fun…or is it? 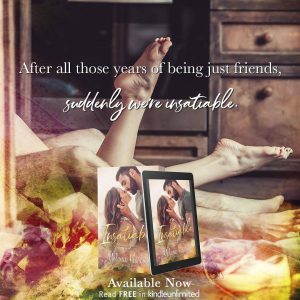 Friendship can carry you through the hardships in life. A shoulder to cry on when needed, and the person you celebrate with when the reason occurs. Years have passed since the day that Noah saved Meg’s life during his days as a lifeguard. That moment sealed a friendship that has spanned the test of time, and holds true in spite of Meg and Noah’s different paths in life.

Now – Meg faces a breakup that leaves her wondering why she can’t find love. That sentiment follows Meg to the place she calls home. With a family wedding on the horizon, Meg heads home early to spend some time with Noah. Nothing could have prepared the duo for the sparks that would ignite during this trip. As one kiss ignites all of the pent up feelings, Noah and Meg know that their time together has an expiration date.

Insatiable will lead readers on another journey to Cloverleigh Farms. This story will follow Meg….the Sawyer sister who seems to have it all. With a strong career and life in the big city, Meg should be the envy of her family. However – Meg doesn’t have the capability to choose a partner that is truly in love with her. It’s a huge piece of life that just will not fall into place. Life in DC just doesn’t hold a candle to the calling of her hometown.

Noah is the hero that we all wish we could have in our lives. With a successful job, a wonderful family, and a life that is perfect to share with another – Noah doesn’t seem to desire finding that one true love in life’s journey. In spite of that reluctance, Noah has harbored feelings for Meg since their teenage years. With a push from family members, this duo will finally have to face the attraction that they have ignored for so long.

The secondary characters in this series play a HUGE role in Insatiable. Readers will be treated to interactions from some of their favorite Sawyer sisters from previous series. While this book ties in with the rest of the series, I do think it can be read as a standalone. A sexy man in uniform and a lawyer…..what more could you ask for in a romance?? 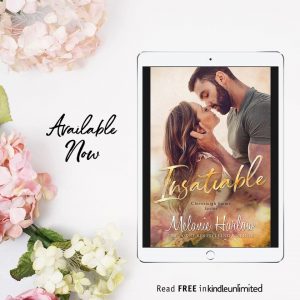