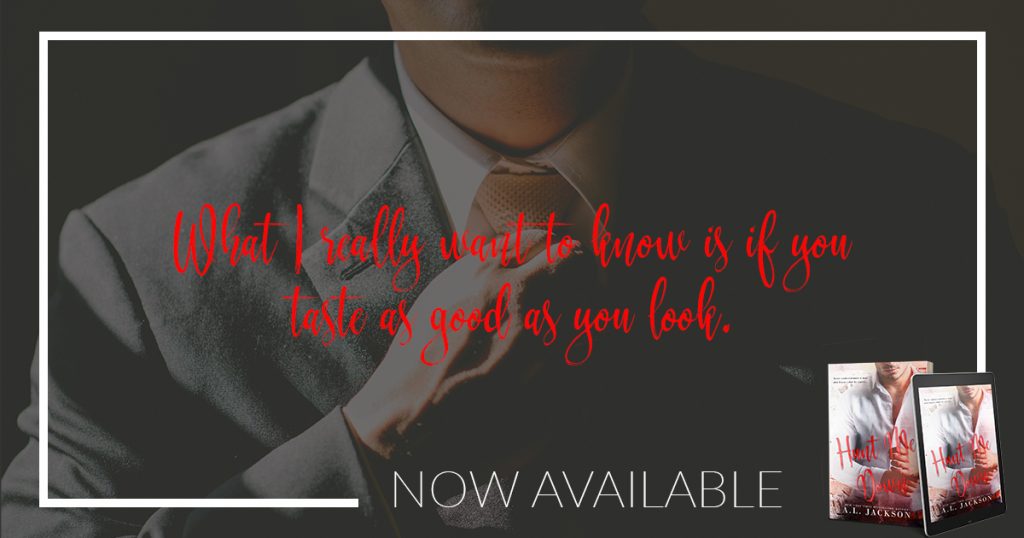 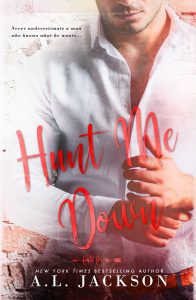 Never underestimate a man who knows what he wants . . .

Broderick Wolfe is a man accustomed to getting what he wants. He will hunt it, fight for it, and make it his own.

Lillith Redd is a straight-laced attorney who’s dedicated her life to serving the people of her hometown of Gingham Lakes.

When Wolfe Industries sets its sights on leveling the old part of town and building a high-rise hotel in its place, Lillith steps up to go toe-to-toe to with its owner.

Little do either of them know, they’ve just met their match.

Hunt Me Down is a modern-day reboot of Little Red Riding Hood set in the world of A.L. Jackson’s bestselling FIGHT FOR ME series, originally a part of the Glamour Anthology and previously titled Red Hot Pursuit. This novella is a fun, flirty, uber sexy contemporary romance. The only fantasy happening here is in the bedroom. So hold on—you’re getting ready to sink your teeth into something hot and sweet.

Disclaimer: This book was originally titled Red Hot Pursuit in the Glamour anthology. It has not been changed or added to in any way. This novella does not need to be read before or after Show Me the Way and does not give away any spoilers for other Fight for Me novels.

Purchase Hunt Me Down on AMAZON !! 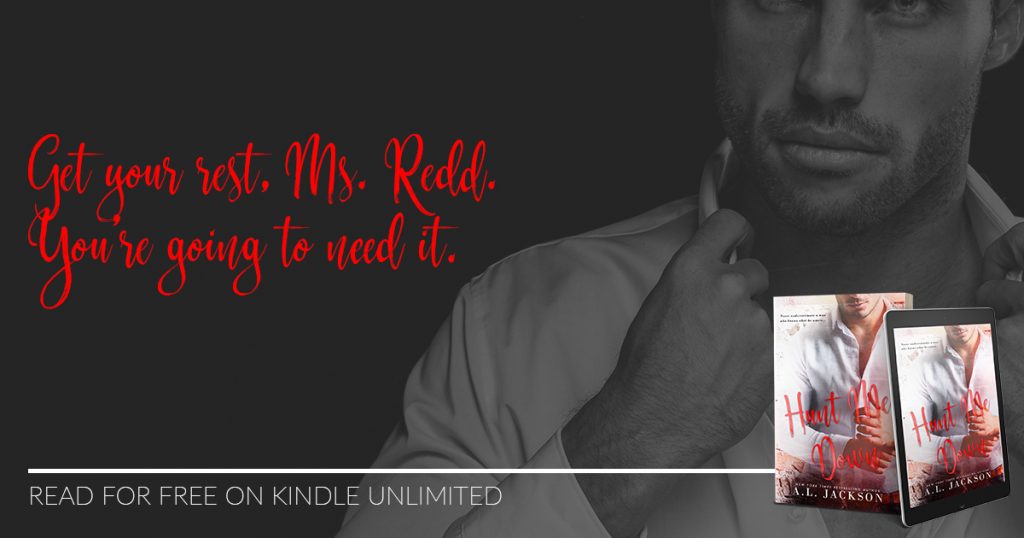 What do you do when you are trying to fight a legal deal with the toughest opponent you can imagine? Lillith is trying to save a business in town from destruction. A wealthy company wants to flatten the building to make room for one of their up and coming projects. With so much history to Lillith wrapped up in the walls and memories that the building holds, the tough as nails lawyer battles the legal entity from the other side.

Broderick Wolfe ( and that’s his real name!) is not use to taking ‘no’ for an answer. In spite of trying to make a name for himself for his honesty and integrity, Broderick comes from a family that chooses to use ‘other means’ to get what they desire. Now Broderick finds himself draw to the snarky and intriguing Lillith. The banter that the two have melted into their business correspondences has given Broderick something to anticipate with each click of the mouse.

As the two delve into the legalities that surround the purchase of the property, Broderick and Lillith will find that there is more to the other than meets the eye. It’s an attraction that neither could have predicted, but one that cannot be ignored. Don’t expect things to be easy for these two ‘nose to the grindstone’ legal professionals. With a father like Broderick’s lurking around the corner, you never know what will happen when real estate deals are involved.

Short, sweet, and full of interesting banter….Hunt Me Down is a great novella to add to the Fight For Me series!! Broderick is definitely a character that readers will not be able to help but love. Lillith is the girl that has overcome so much, but still has a heart as big as the sky! Both are the perfect match in a couple. Loved their interactions, the plot, and the ending to this great story!! 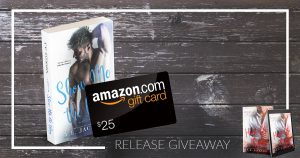 One Response to “New Release & Review: Hunt Me Down by A.L. Jackson”