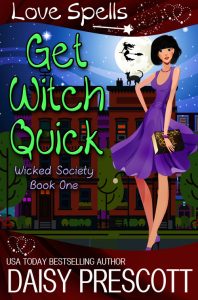 After falling for tall, dark and brooding Andrew Wildes, Madison Bradbury’s life goes from boring college parties to fighting off curses and dark magic with the help of Salem’s most powerful witches and a pair of ghosts.

When she and Andrew accept summer internships at the Wicked Society, she imagines long days spent learning magic and researching New England’s oldest families, followed by romantic nights strolling around Boston with her new love.

What she doesn’t plan on is getting kidnapped.

If Madison is going to outsmart her enemies, she’ll need to master her magic as quickly as possible.

Get Witch Quick is the first book in the Wicked Society series of interconnected, lighthearted paranormal romances with a cozy mystery twist.

Special Release Week Pricing of Only $.99 !!

Purchase GET WITCH QUICK on AMAZON 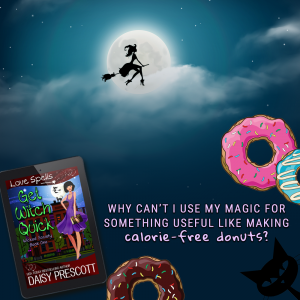 Being a typical teenager just isn’t in the cards for Madison Bradbury. Life consists of spells, curses, and escaping dark magic these days. Twists and turns follow Madison and Andrew as they help the Wicked Society during a summer internship. No one could imagine what was entailed in keeping the ‘little black book’ safe from the clutches of those wishing dark magic upon the Earth.

With help from Sam, Tate, Andrew and other powerful witches – Madison will embark upon a journey that the others just can’t experience. After all – who would expect to be kidnapped in broad daylight? As the possibility of harm is lurking, Madison finds help from an unexpected ally.

Get Witch Quick is the first book in a new series from Daisy Prescott. It is a spin-off of the Bewitched series which I thoroughly enjoyed. While a brand new series generally brings with it a new set of characters, this novella picks up where the Bewitched series left off. So – I strongly recommend reading that series prior to diving head first into the Wicked Society series!!

The chemistry between Madison and Andrew is engaging and super sweet!! I love the way the two find comfort, friendship and trust with one another. The humor of Prescott’s writing always brings a smile to my face. From Sam’s interesting curse words, to a playful spirit…Get Witch Quick is a great novella! Next up is Sam and Tate’s story….it will be a good one…. 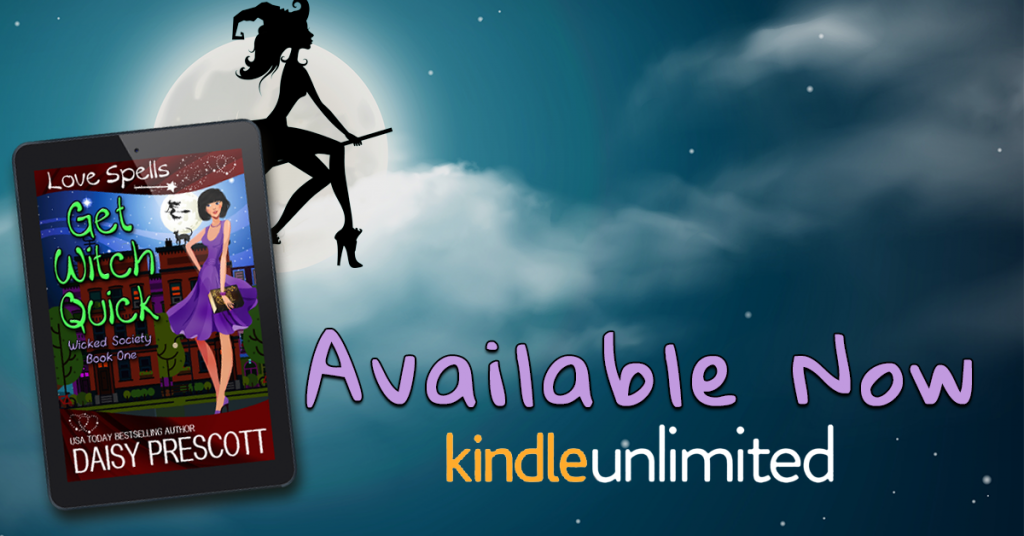 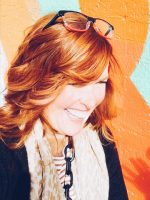