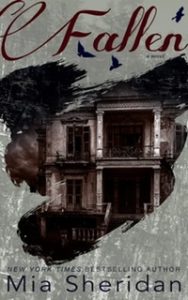 Scarlett Lattimore arrives at Lilith House, an abandoned mansion built in 1876, that later housed a reform school for troubled girls, to start a new life with her seven-year-old daughter.

But between the nearby town with the strange, disconcerting feel, the deputy sheriff who is equal parts intriguing and suspicious, and the discovery that their new home holds a dark and violent past, Scarlett soon begins to question her rash decision.

She is shaken and afraid by the screams that echo in the walls and the drumbeat that arises from the surrounding woods where the ghost of an indigenous man is said to roam, seeking vengeance. Her fear is also personal, because Scarlett knew one of the girls who attended the school, a friend who escaped into those woods and was never seen again. They all thought she was a rebellious runaway who later encountered foul play, but perhaps the truth is far more sinister.

As Scarlett’s extraordinary daughter Haddie becomes consumed by the eerie figure who weaves and beckons through the forest fog, and a legacy of secrets reveal themselves, it becomes clear both Scarlett and Haddie are in grave danger. When the past intersects with the present, they will come face to face with the true evil of Lilith House. An evil that has lasted for more than a century.

Lillith House holds more than one mystery between it’s walls. As a former school for reforming young girls, Lillith House holds the secrets that have haunted this small town for years. When Scarlett Lattimore purchased the home to start a new life with her daughter, she never dreamed that she would be walking into a home filled with hidden secrets.

Thanks to Deputy Cameron Webb – Scarlett is learning that there is more to the town and the people that live here. When Cameron lets some of the secrets out in the open, Scarelett realizes there may be more to her friend Kandace’s disappearance than meets the eye. Kandace was brought to Lillith House as a last resort for reforming her attitude. According to the school – Kandace fled the school and was never seen again. This wasn’t typical of the Kandace that shared hopes and dreams with Scarlett. As the nuances of Lillith House come to light, Scarlett realizes she might find the missing pieces to Kandace’s whereabouts along the way.

As Scarlett’s daughter becomes more vested in the figure that beckons from the forest, fear begins to seep into daily life. The past is quickly becoming a reality that Haddie and Scarlett cannot seem to escape. Danger will come knocking in ways that no one could predict. Can Scarlet find a way to uncover what happened to Kandace and keep her family safe?

Fallen is the latest release by Mia Sheridan, and it is just as mysterious as the blurb sounds. There is definitely anticipation as the secrets of the Lillith House are slowly revealed. Some I could see coming, and others took me by surprise. What I found between the pages kept me engaged with a story plot that was completely unique. Make sure you uncover the mysteries surrounding Lillith House. The thrill of the reveal will keep you wondering what will happen next.